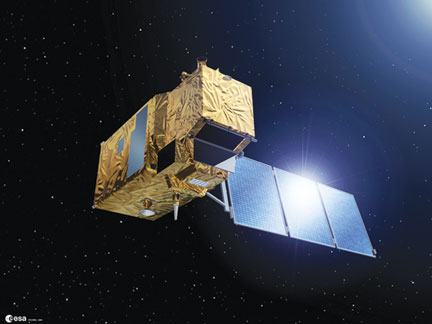 Sentinel-2
[SatNews] Airborne has been awarded with the contracts to manufacture the solar array panels for the first 14 satellites of the Galileo program as well as for two flight models of AstroTerra, which is based on the AS250 platform, a recurring commercial satellite from Astrium. 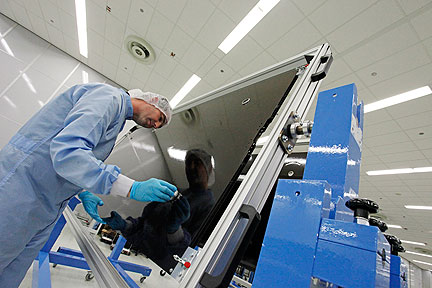 Assembly of panels on Galileo, photo courtesy of Airborne
Combined with the running contracts for the earth observation satellites Sentinel 1 and Sentinel 2, this adds up to more than 100 solar array panels that Airborne will produce over the coming years. This succes is a result of an extensive qualification and industrialisation program that started in 2007. The first two flight sets for Sentinel are in the final steps of panel assembly at Airborne and the first satellites are planned to be launched by the Ariane 5 launcher at the end of 2012. The panels for AstroTerra/AS250 will be installed on the SPOT 6 satellite (launch 2012) and SPOT 7 satellite (launch 2014). These contracts are important milestones in the Company's strategy to become a leading European company for composite space structures. To reach this goal, Airborne is developing new technologies, such as conductive composites for heat-conductive structures on satellite platforms, fibre steering to optimize structural efficiency and Resin Transfer Moulding for highly-loaded launcher components, enabling further mass reduction and performance improvement. Automated production processes such as fibre placement are implemented to further increase the cost-efficiency of the composite sandwich panels and launcher structures.