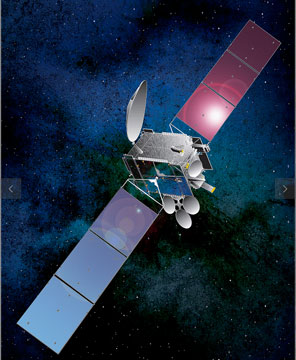 ...Thor II to a “graveyard” orbit, after a six-day maneuver which was completed on January 10, 2013. Adopting an approach according to best industry practices based on recommendations developed and supported by the United Nations, the International Telecommunications Union and all major space agencies, TSBc selected to de-orbit Thor II, after more than 15 years of successful operation. Thor II completed its final journey to an orbit more than 350km above geosynchronous orbit where satellites are intentionally placed at the end of their operational life. By concluding this maneuver, TSBc eliminates the risk of collision with operational spacecraft in geostationary orbit and limits the generation of additional space debris.

Thor II was the first communications satellite that TSBc specified, commissioned and launched, and was put into orbit by a Delta II rocket from Cape Canaveral in May 1997. Over the past 15 years, Thor II has provided satellite coverage for broadcast services throughout the Nordic countries. Following its replacement in 2008 by TSBc’s THOR 5 satellite, it continued to serve customers by offering inclined-orbit services until the latter part of 2012. THOR 5, now in its fourth year of operation, is providing much-needed growth capacity for both the Nordic and Central and Eastern European markets, where there is still much demand for broadcast services.

“Thor II was Telenor’s first procured communications satellite and facilitated the growth of Canal Digital’s DTH operations in the Nordic Region. The satellite was built by Hughes (now Boeing) and has been a reliable asset in space that has served us very well through its life in orbit”, said Cato Halsaa, Vice President and CEO of Telenor Satellite Broadcasting. “Furthermore, this satellite represents TSBc’s commercial foundation and for this reason it is fitting to commemorate its years of service at 1° West, which is now one of the fastest growing platforms for video distribution and serves more than 17 million households in the Nordic region and throughout Central and Eastern Europe”.

Thor II has accomplished a hugely successful life in orbit, both commercially and operationally. With THOR 7, TSBc’s latest satellite, due to launch in mid-2014, TSBc looks forward to building upon its strengthened market position.