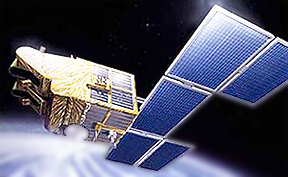 ...were terminated. The joint decision on the cessation of commercial satellite operations was made by the SPOT 4 owner—CNES (French Space Agency) and the satellite operator—Astrium GEO-Information Services. The satellite has been operating for almost 15 years (177 months) since its launch in March of 1998. Over 6.8 million images of the Earth have been acquired since operations began.

Nonetheless, the SPOT space program continues to develop. ScanEx Research & Development Center carries on direct reception and processing of SPOT 5 satellite data—satellite operations are estimated to be effective until 2015. 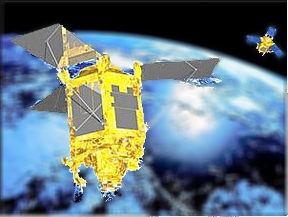 Artist's rendition of the SPOT-6 & SPOT-7 satellite constellation (image credit: EADS Astrium)
In addition, commercial operation of the new SPOT 6 satellite will start soon—its data was, for the first time in Russia, received and processed by ScanEx’s specialists on October 17, 2012, using the UniScan ground station at the Moscow remote sensing center. Now UniScan ground stations can be supplied to interested organizations for SPOT 6 data reception (and similar SPOT 7 satellite data—this satellite is to be launched in the first half of 2014), whereas already installed stations can be upgraded to support the new satellites. SPOT 6/7 data processing software has been developed by ScanEx RDC within the frames of the international cooperation agreement with Astrium GEO-Information Services company.

ScanEx company has exclusive rights to receive and distribute SPOT series satellites’ data on the territory of Russia and Belarus.