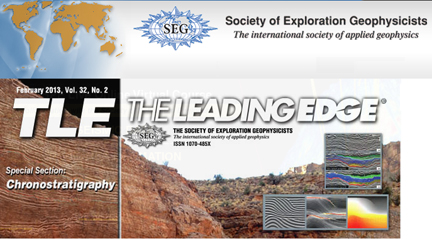 [SatNews] The Society of Exploration Geophysicists (SEG) has published an article describing how two energy companies used satellite imagery to...

...accurately locate and then try and unravel part of the mystery surrounding a British Royal Air Force (RAF) fighter plane lost in the Egyptian desert since World War II. Contributed by Spatial Energy and Apache Corp., the article appears in the February 2013 issue of SEG’s monthly publication, The Leading Edge.

Discovery of the Curtiss P-40 Kittyhawk in March 2012 by a Polish exploration group made international headlines, prompting the RAF to search its archive for more information. The fighter was reportedly flown by Flight Sargent Dennis Copping when it went missing over the Egyptian Sahara in June 1942. Copping was never found and presumed dead. The absence of remains at the crash site concerned Mohamed Abdel Aziz, a desert guide who traveled to the site days after the initial discovery. Having worked for Apache Corp. in exploration projects, Abdel Aziz reached out to Apache geologist Bill Bosworth with a question: Could the satellite imagery used so often in energy development help shed light on the fate of the missing flyer? 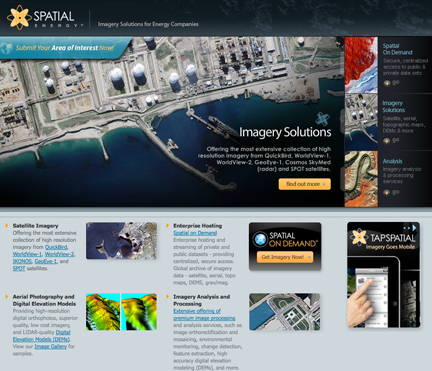 “We felt that using any technology within our means to possibly find and bring the pilot’s remains back to Britain was the right thing to do,” said Apache’s Bosworth.

He put in a request to Spatial Energy, a global services firm that specializes in processing, supplying and managing geospatial data, such as satellite imagery, for oil and gas companies worldwide. Spatial Energy concluded that a 32-foot-long aircraft exposed in the rocky desert should easily be visible in the commercial imagery captured by DigitalGlobe’s WorldView-2 satellite, which typically resolves features just 18 inches in diameter.

“In addition to honoring the memory of a fallen war hero, this project illustrates the constantly expanding utility of satellite imagery in the energy development cycle to include archaeological preservation,” said Chris Carlston, Managing Director of Spatial Energy GmbH in Austria.

Satellite images and information derived from them are routinely applied in every aspect of oil and gas development, from exploration and appraisal to production and restoration. Energy development companies rely on imagery to help them minimize disturbance to fragile environments and return the surroundings to their natural conditions when operations are completed.

“In many parts of the world, energy companies go to great lengths to avoid archaeological artifacts in the areas where they work,” said Carlston. “The Kittyhawk project in Egypt illustrates the important role imagery can play in identifying, mapping and preserving historical sites in difficult terrain.”

Although the Kittyhawk was accurately pinpointed in the WorldView-2 imagery, the satellite scene failed to provide insights into the pilot’s final resting place. The accurate location information, however, assisted in the quick recovery of the aircraft from the crash site before it was disturbed by souvenir seekers. Sargent Copping’s Kittyhawk is reportedly on its way to a museum for restoration and eventual display.