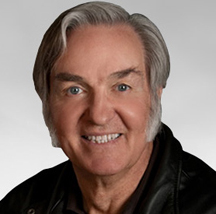 Burt Rutan, founder of aerospace research firm Scaled Composites in 1982, has announced his plans to retire in April 2011. He currently serves as Scaled’s Chief Technical Officer and following his retirement, Burt will assume the title of founder and chairman emeritus. Burt has worked in California's Antelope Valley for more than 45 years, initially as Flight Test Project Engineer for the Air Force and in 1974 he founded the Rutan Aircraft Factory to develop experimental aircraft for homebuilders.m “Burt is known worldwide as a legendary genius in aircraft design in the aviation world. I am very fortunate and proud to have worked by his side for the past 28 years,” says President Douglas B. Shane. “We wish Burt and his wife, Tonya, the very best the future holds for them.”