These days, the majority of International Trade coming in and out of the EU is increasingly relying upon electronic facilities for lodging their relevant import/export documents and declarations. 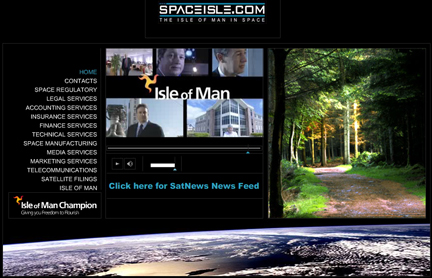 The Isle of Man’s new electronic EPU (Entry Processing Unit), simply referred to as the Isle of Man EPU, now makes this possible for businesses operating within the U.K. and from there to Europe. However, in 2010, a proposed system of ‘centralized clearance’ for customs duties will be introduced across the EU, whereafter the Isle of Man EPU will be able to provide an electronic ‘Single Point of Entry’ for all customs and excise imports, no matter where, in the EU, the goods arrive. This will provide potential Overheads and Cost of Business Savings for the Satellite Industry by facilitating their entire international Import and Export relationship with the EU via one business unit. Potential time and overhead savings come not only from using a single jurisdiction for all EU wide Customs & Excise requirements, but also from one which offers an established financial services sector that understands and supports space related businesses; that jurisdiction is the Isle of Man. Businesses utilizing the Isle of Man EPU must have an Isle of Man Duty Deferment Account. Isle of Man Duty Deferment Accounts can be provided within 2 days. Similarly, Isle of Man VAT registration can be provided to qualifying companies in 7 working days or less.

The Isle of Man is situated in the heart of the British Isles and is an internally self-governing dependent territory of the British Crown — it is not part of the United Kingdom. Tynwald, the Island's 1,030 year old Parliament, makes its own laws and oversees all internal administration, fiscal, and social policies. External issues, such as foreign representation and defense, are administered on the Island's behalf by the U.K. Government. The Island makes an annual payment for these services. The Island has its own Income Tax and Customs and Excise  services and is an established low tax area enjoying total independence from the UK on matters of direct taxation. There is low corporate and personal tax and no capital gains or inheritance tax. As a consequence the Island has developed into a flourishing and internationally respected international business centre.