GMV... Spanish Craft Will Be Under Control (Satellite) 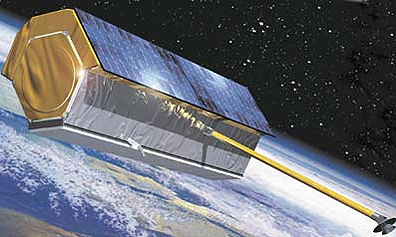 Artistic rendition of the PAZ satellite.
GMV homepage
[SatNews] Due for launch at the close of next year, the Company will be in charge of...

GMV has been awarded a three million Euro contract to provide the  control center of the new Spanish satellite Paz, due for launch at the end of next year. The contract includes all platform-planning and image-capturing aspects, orbital control and antenna pointing plus management and monitoring of communications and onboard equipment. GMV will also provide the radar-image-distribution and user-management system. Paz is a military Earth-observation satellite orbiting at a height of 514 kilometers above the poles. It has been designed for surveillance, high resolution mapping, border control, tactical support on foreign missions, crisis and risk management, assessment of natural disasters, environmental control and maritime surveillance applications. It is expected to be able to survey more than 300,000 square kilometers of the Earth’s surface daily.

This satellite will be operated through the National Earth Observation Program (Programa Nacional de Observación de la Tierra: PNOT) created by the Ministry of Defense and Industry and the Ministry of Tourism and Trade in 2007. INTA (Spanish Aerospace Technology Institute) was commissioned to develop the ground segment for the PAZ satellite, an Earth observation system with synthetic aperture radar technology designed to meet operational requirements, mainly of a defense and security nature but also with civil applications in the field of high resolution observation. The satellite weighs about 1400 kilos and is 5 meters long with a diameter of 2.4 meters and a hexagonal profile. Each day it will lap the world 15 times at a speed of 7 kilometers per second, overflying Spain 2.6 times a day. PNOT also comprises another optical technology satellite called INGENIO. Together, they will facilitate global observation of the national territory, making Spain Europe’s first country with a dual observation system (optical and radar) with a twofold use, civil and military. Once operative these satellites will lend themselves to a host of additional applications.