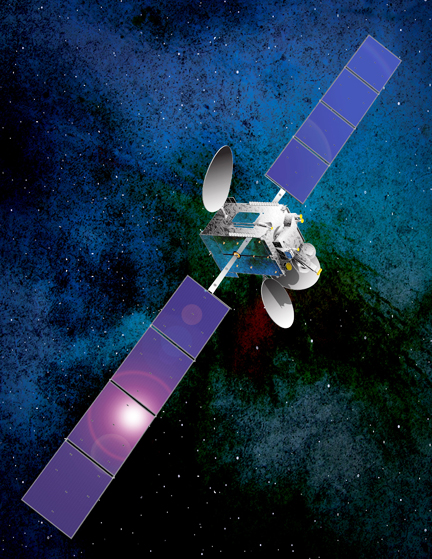 [SatNews] Space Systems/Loral (SS/L) has been selected to provide a satellite to Telesat,one of the world's leading satellite operators. The new satellite, Anik G1, is a multi-mission spacecraft that supports a variety of applications including DTH television broadcasting in Canada; government requirements over the Americas and the Pacific; and broadband, voice, data and video services in South America.

Anik G1 is a multi-band satellite that will be located at 107.3 degrees West Longitude when it goes into service in the second half of 2012. The satellite will provide 16 high-power Ku-band transponders in the extended FSS band to support Shaw Direct's growing DTH video programming for the Canadian market. It also has 12 Ku-band and 24 C-band transponders that will both replace and expand on Telesat's Anik F1 satellite now serving South America. In addition, Anik G1 will have three X-band channels for government services over the Americas and part of the Pacific Ocean, and one channel in the reverse Direct Broadcast Service band. Anik G1 will be built on SS/L's proven 1300 modular platform that will enable Telesat to maximize the value of a mid-sized satellite by accommodating multiple payloads that meet very specific market needs. In 2009, two SS/L-built satellites, Telstar 11N and Nimiq 5, successfully went into service for Telesat. SS/L now has three additional Telesat satellites under construction, including Telstar 14R, Nimiq 6 and Anik G1. These all have a planned mission life of 15 years. (Image courtesy of SS/L)