ITT Exelis + GeoEye... It's A Case Of A Resolution Solution (Satellite)

...GeoEye’s next-generation commercial imaging system for the GeoEye-2 satellite to Lockheed Martin Space Systems Company in Sunnyvale, Calif. When operational in 2013, GeoEye-2 will deliver the highest resolution and most accurate color imagery to GeoEye’s commercial, government and international customers. The Exelis-built imaging payload for GeoEye-2 includes a telescope, sensor subsystem and outer barrel assembly and has the potential to capture panchromatic ground sample distance imagery of the Earth's surface at 0.34m, or 13.38-inch, ground resolution. 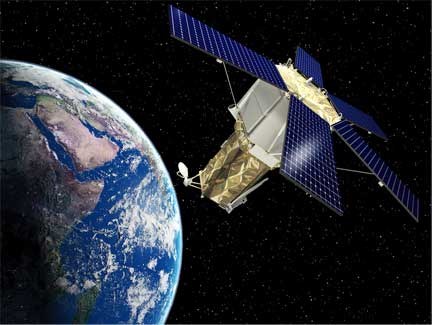 GeoEye-2 will have significant improvements in capability compared with current systems, including enhanced tasking; longer focal length, which enables better resolution; advancements to the sensor subsystem, which improves image quality; and the ability to collect more imagery at a faster rate. The GeoEye-2 satellite will provide cost-effective, increased coverage and easier access to high-resolution satellite imagery for intelligence analysts, warfighters, map producers and commercial customers. The GeoEye-2 satellite bus is being assembled at Lockheed Martin in Sunnyvale, California. Its propulsion system has been installed and many of the subsystems are completed and being integrated into the spacecraft. GeoEye-2 will surpass the performance of the GeoEye-1 satellite, launched in 2008, in resolution, capacity and agility. GeoEye-1 currently is the world’s highest resolution imagery satellite. GeoEye selected Exelis to begin work on the GeoEye-2 imaging system in October of 2007.