[SatNews] Russia is planning to launch two space laboratories within...

...the next four years, a space company said on Thursday. An x-ray observatory, Spektr-RG, will be launched in 2013, the Central Scientific Research Institute of Machine Manufacturing said. It will study the large scale structure of the universe and super-massive black holes, among other things. Spektr-UF, a UV space observatory, to be launched in 2016, will be an international project with Russian, Spanish, German and Ukrainian participants. It is designed to study the universe in the ultraviolet spectrum, which is out of reach to ground based instruments. 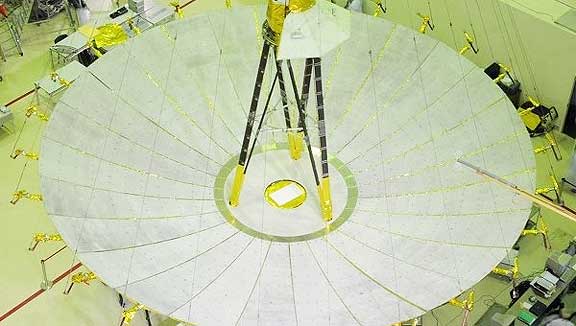 © Photo of Spektr-RG by Lavochkin Research and Production Association

...sub-orbital "space tourism" and small satellite launch flights, according to a company specialists' report seen by RIA Novosti. The sub-orbital craft will be launched from a subsonic carrier aircraft, such as the existing high-altitude Myasischev M-55 Geofizika or 3M-T transport aircraft. The 3-MT, a derivative of the Myasischev M-4 bomber which first flew in the 1950's, was used in the Buran space shuttle program in the 1980's to carry the orbiter as well as the Energiya carrier rocket. 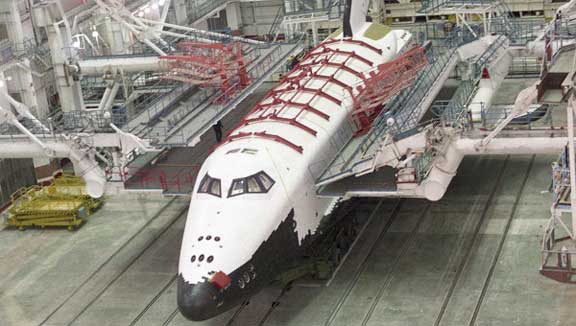 The winged space-plane will take off from the launch aircraft and climb at 1,000-1,200 meters a second to 105-120km altitude, at the edge of space, under power of a solid-fuel rocket motor. "Space tourists will experience weightlessness for three to five minutes and can see the surface of the earth through portholes. After entry into the dense layers of the atmosphere, the spaceplane will make a landing on an aerodrome," the document says. The number of passengers carried will be from four to 14, dependent on the type of carrier aircraft, the document says.

The companies are also designing a variant of the air-launch system for placing small satellites in low-earch orbit, with a satellite and booster carried in the spaceplane's passenger compartment. No information was available as to whether either project has funding to place it in production.

Plus, Russia’s remote sensing satellite Canopus-B, launched a month ago, has taken its...

...first photos of the earth’s surface, the Federal Space Agency Roscosmos said on Thursday. The imagery, which is currently being processed and analyzed, generally meets the set standards, the agency said. The satellite is still operating in “trial mode,” but the quality of the imagery is “reassuring,” Valery Dyadyuchenko, deputy head of the Federal Service for Hydrometeorology and Environmental Monitoring (Rosgidromet), told RIA Novosti. 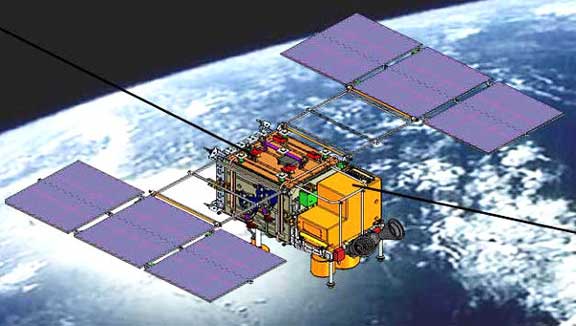 Launched on July 22nd from the Baikonur Space Center in Kazakhstan, Canopus-B took its first pictures on August 28 and 29. The satellite is to provide current information to the Emergency Situations and Civil Defense Ministry, the Ministry of Natural Resources and the Environment, and Rosgidromet. It weighs about 400kg and carries optical equipment that can discern objects of more than 2.1m in size. The satellite has a service life of five to seven years.