[SatNews] A Japanese satellite receiving station, the first of a series being set up in South Asia, has been inaugurated at the International Centre for Integrated Mountain Development (ICIMOD) headquarters in Lalitpur, Nepal. 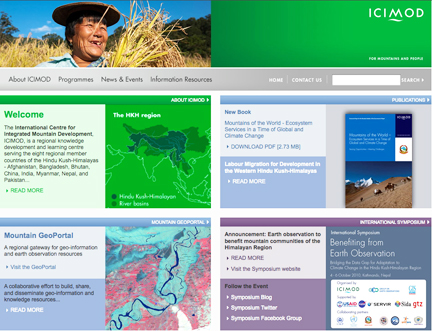 ICIMOD homepage link...
Shinichi Mizumoto of the Japan Aerospace Exploration Agency; José Achache, executive director, the Group on Earth Observations; and Andreas Schild, director–general, ICIMOD; inaugurated the station, which has a high speed communication link. The station will receive data from satellite systems in Japan, India, Thailand, Taiwan, and Korea, with a concentration on guiding response efforts in emergency situations during natural disasters. The inauguration coincided with a workshop on Space-based information for disaster preparedness and risk management at ICIMOD that was held from October 2 to October 3. Dr. Amarnath Giriraj, who was involved in installation of the receiver, said ICIMOD had played a major role in providing rapid response mapping support with daily updates on the extent of the floods and initial damage assessment of Pakistan floods. (Source: The Himalayan Times.)