RUBI Full Steam Ahead for the ISS ... Cameras That Take Up to 500 Images Per Second

Imagine taking up to 500 images per second so that cameras can create a three-dimensional representation of bubble shapes and analyze temperature distribution on a heater while studying the phenomena of phase transition and heat transfer during the evaporation of fluids in microscopic and macroscopic dimensions. This will occur with the next supply mission to the ISS. 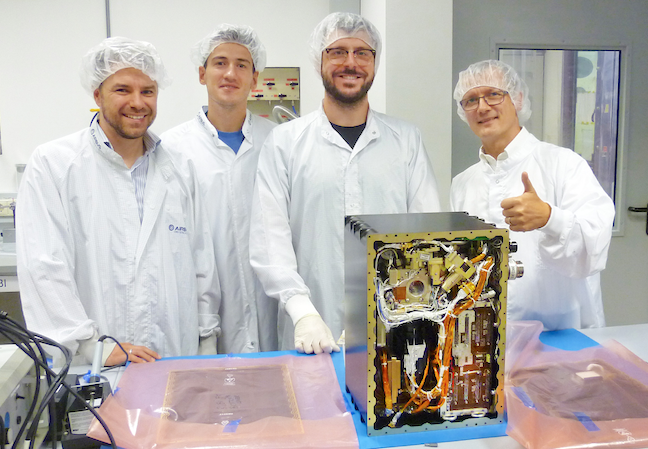 Olaf Schoele-Schulz from Airbus (right) signals RUBI is ready to fly. RUBI (Reference mUltiscale Boiling Investigation), a fluid science experiment developed and built by Airbus for the European Space Agency (ESA), addresses the fundamentals of the boiling of fluids.

The next supply mission (CRS-18) to be launched from Cape Canaveral, Florida, will transport a special ‘steam engine’ to the International Space Station (ISS). RUBI (Reference mUltiscale Boiling Investigation), a fluid science experiment developed and built by Airbus for the European Space Agency (ESA), addresses the fundamentals of the boiling of fluids.

ESA astronaut Luca Parmitano is set to install RUBI in the Columbus module of the ISS during his five-month ‘Beyond’ mission (from July to December 2019). The fluid experiment will then be operated and controlled by the Belgian User Support and Operation Centre (B-USOC) in Brussels.

RUBI will study the phenomena of phase transition and heat transfer during the evaporation of fluids in microscopic and macroscopic dimensions. RUBI’s core element is a cell filled with fluid, which can be heated and cooled thermoelectrically. The boiling process is then triggered on a metal-coated glass heater using a laser. 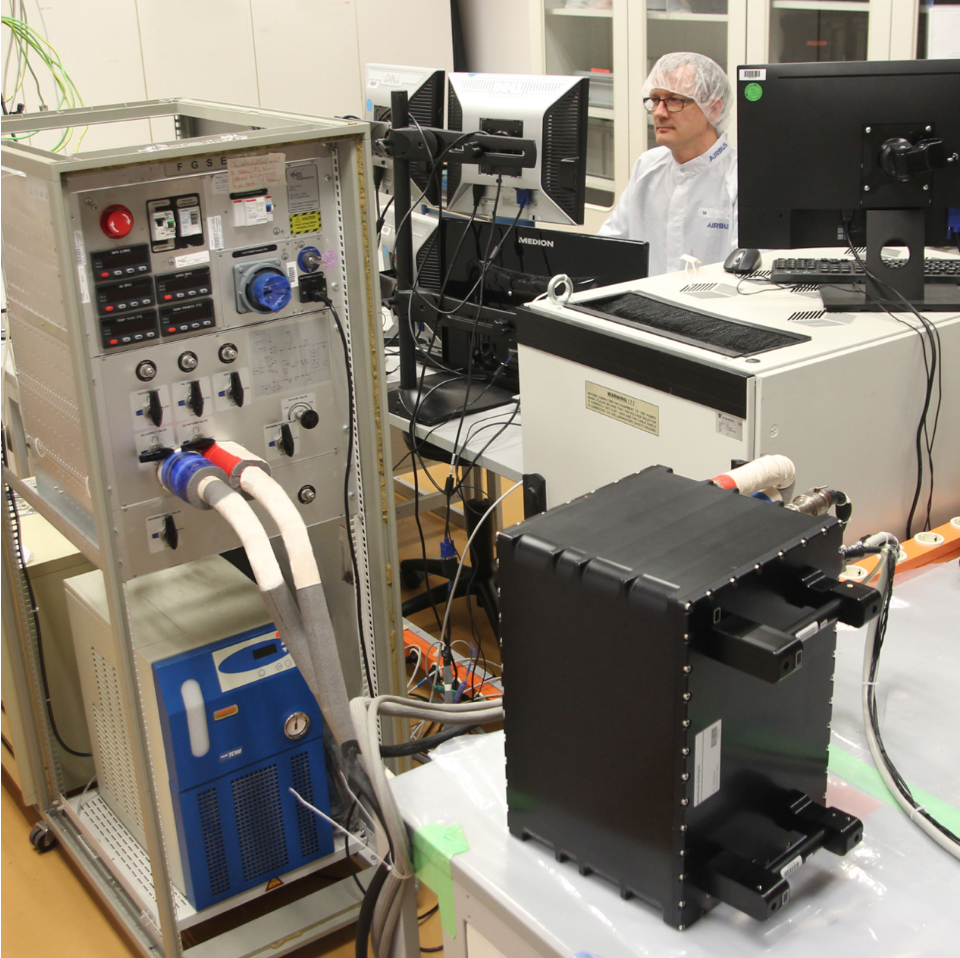 (RUBI in front at right) under test with Airbus Project Manager Olaf Schoele-Schulz.

High-resolution cameras record the formation and growth of vapor bubbles in both the visible and infrared spectrum. By taking up to 500 images per second, RUBI’s cameras can create a three-dimensional representation of the bubble shapes and analyze the temperature distribution on the heater, enabling the scientists to precisely determine evaporation conditions and heat flux densities. The boiling process can be systematically influenced using a high-voltage electrode (up to 15,000 volts) and an adjustable convection loop.

On Earth as a result of the effects of gravity only small bubbles form, quickly detaching from the heating surface and masking other physical effects. The scientists want to optimize their numerical models of the boiling process with a series of tests conducted under zero-gravity conditions and corresponding reference tests on Earth. In the future, this could contribute towards the production of more efficient and environmentally friendly household appliances (stoves, radiators) and heat exchangers for industrial manufacturing processes.

A particular challenge for the Airbus-led industrial team was to shrink RUBI down to the size of a ‘shoe box’ (40 x 28 x 27 cm) weighing just 34 kg that would then be suitable for use in space. By comparison, a terrestrial laboratory setup would be approximately the size of a wardrobe (2 x 1 x 1 m) and would weigh some 300 kg.