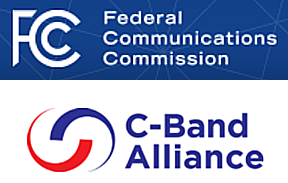 A posting by journalist Chris Forrester at the Advanced Television infosite relays that analysts at research firm MoffettNathanson, in a note that uses this week’s news that the Federal Communications Commission (FCC) has refused the C-Band Alliance’s (CBA) scheme to sell off some of their satellite spectrum over the U.S., says the market is “starved” for mid-band spectrum for 5G — there was — and is — very real political pressure on the FCC to bring more mid-band spectrum to the market as soon as possible.

MoffettNathanson adds in the report that the CBA satellite operators “don’t actually own the spectrum they were supposedly going to sell”. The satellite operators would strongly argue that point and say that their spectrum is theirs insofar as it is licensed to them in perpetuity.

There are two major elements in terms of the CBA’s ability to consider the spectrum to be under their total stewardship. First, the operators have paid a lot for their spectrum. SES paid a high price to acquire GE Americom, for example, but along with Intelsat, the industry has invested billions of dollars over decades in the infrastructure that uses the spectrum.

Of course, Intelsat and SES have an obligation to their shareholders to protect these investments and assets. And second — and legally more importantly, of course — this spectrum has been officially licensed to them.

There are rights attached to these licenses, above all the right that these licenses are protected and not fundamentally altered or taken away against the operators consent. This protection is core to the role of the FCC and the legal framework of the U.S. Communications Act.

MoffettNathanson, and other analysts, suggest that Intelsat’s “implosion” this past week might help Charlie Ergen’s Dish Network. “The scarcity of mid-band spectrum works in [Dish’s] favour, at least to the extent that one believes that Dish is still a potential spectrum seller rather than a network builder. By this line of thinking, Verizon desperately needs mid-band spectrum, and the C-Band always was (and perhaps still is) their preferred option. But if C-Band isn’t an option anymore, at least in the timeframe Verizon needs, then that can only be good news for Dish Network, which may once again be the only source of available mid-band spectrum. If Sprint and T-Mobile lose the antitrust case brought by the State Attorneys General, as many increasingly view as likely, and Dish is therefore freed from the spectrum sale prohibitions that came with that settlement, then might we not be looking at Dish as a seller of spectrum again?”

The analyst’s argue — as with the CBA’s ‘ownership’ — that “it’s not clear that Dish actually owns the spectrum that some would have them sell. Their AWS-4 spectrum was never acquired at auction. Technically, Dish has a right of use. But the spectrum is owned by tax-payers.”

MoffettNathanson continues, stating, “Most of Dish’s spectrum was purchased at auction over the past decade. But Dish’s AWS-4 spectrum holdings were acquired when Dish Network bought two hybrid terrestrial satellite operators, BDSD and TerreStar, out of bankruptcy in 2012, and those holdings still comprise around 40 percent of Dish’s spectrum portfolio (by population-weighted MHz). Neither of those companies bought their spectrum at auction. Instead, they had been granted rights of use many years earlier (for a technology that, as it turned out, never worked). When Dish bought their assets out of bankruptcy, they acquired those same rights of use, and those rights of use were subsequently amended to allow for terrestrial-only use. Dish didn’t actually acquire the spectrum itself.”