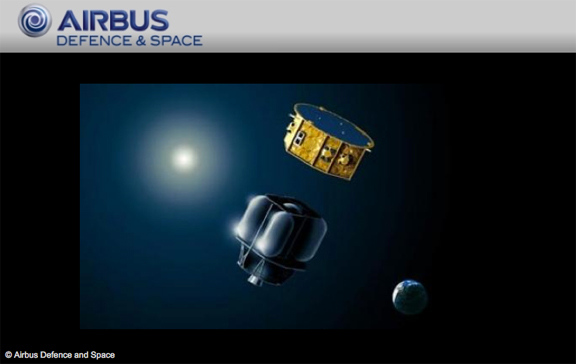 [SatNews] LISA Pathfinder’s propulsion and science modules are leaving the UK for the last time—Airbus Defence and Space will ship the two modules to IABG (Industrie Anlagen Betriebs Gesellschaft), near Munich in Germany, for final system level testing.

The spacecraft is scheduled to be launched later this year by a European Vega rocket from Kourou, French Guiana. LISA Pathfinder is the first UK led European Space Agency (ESA) science mission since the launch of Giotto in 1985. In the coming weeks, the science module will be integrated with its instrument called the LISA Test Package Core Assembly (LCA), which has been built by a consortium of European universities, institutes and companies led by Airbus Defence and Space Germany. The spacecraft will then undergo a series of environmental tests to determine its suitability for use in space. These tests will include thermal and acoustic tests and mass properties tests.

LISA Pathfinder will be launched into LEO. From there, it will use the propulsion module to travel 1.5 million kilometers from Earth to reach its final operational orbit, at the first Earth-Sun Lagrange point. This location helps minimize disturbances from the Earth's gravity, magnetic field, atmosphere and thermal environment. During the two and a half month journey, the spacecraft will be commissioned to confirm it is working correctly before it is handed over to ESA’s science operations center (ESAC) and the scientific community.

LISA Pathfinder’s mission is to test a series of ultra-high precision technologies to be used on a later, and much larger project originally called LISA (Laser Interferometric Space Antenna), which is a gravitational wave observatory. These technologies include two electrostatically-suspended 4.5 cm gold block ‘test masses’ connected by a laser interferometer able to measure movements of one 100,000th of a hair’s breadth and tiny thrusters so small that a thousand would be needed to lift a sheet of paper on Earth. 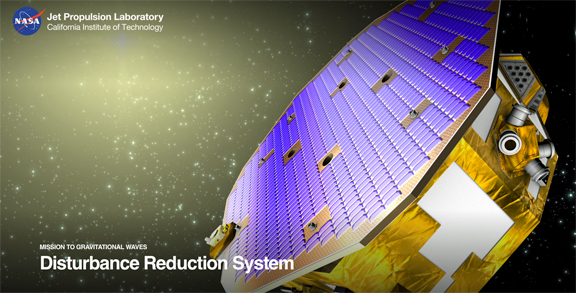 It will carry out in-orbit testing of these key technologies including two micro-propulsion systems, a drag-free control system and several innovative technologies associated with the payload. Airbus Defence and Space is the prime contractor for the mission as well as being the LISA Test Package (LTP) architect on behalf of ESA and the participating Member States. The second payload on the mission, the Disturbance Reduction System (DRS), is provided by NASA’s Jet Propulsion Laboratory.

ESA has selected the gravitational universe science theme for its third Large Class L3 mission, for which LISA is a leading candidate. The primary LISA mission will look to detect and measure gravitational waves generated by exotic cosmic events such as collapsing binary star systems and the collision of massive black holes.