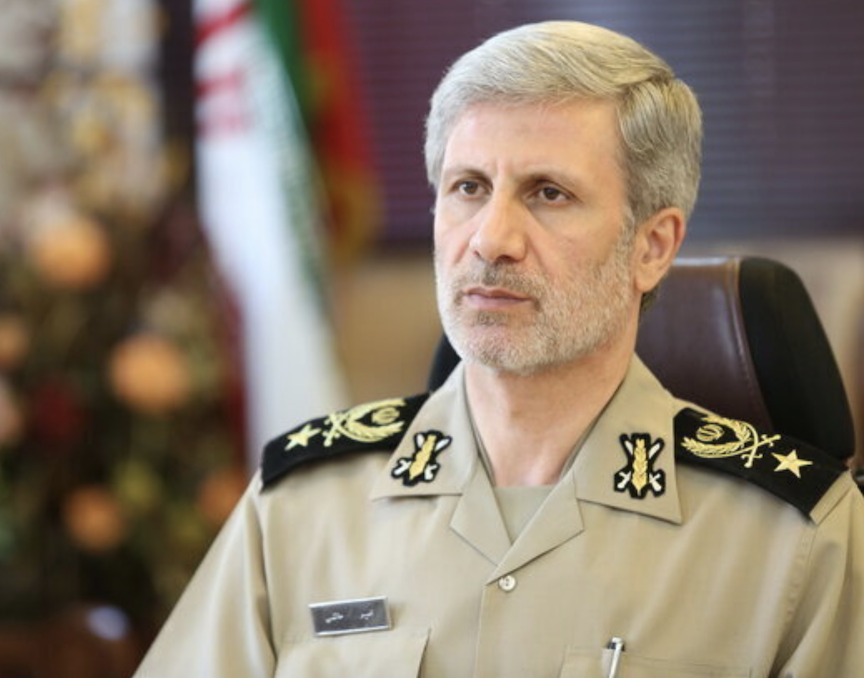 TEHRAN - Defense Minister Amir Hatami said on Wednesday that Iran’s satellite carriers have nothing to do with the country’s military activities.

“The satellite carriers have nothing to do with the subject of missiles, and constitute a completely non-defensive and non-military issue,” Press TV quoted Hatami as saying after a cabinet meeting.

The defense minister said a satellite might be used for defense-related purposes, but the carriers are totally non-defensive in nature.

On Sunday, the Iranian Space Agency launched a communications satellite called Zafar 1 (Victory 1) atop a Simorgh rocket from Imam Khomeini Space Center in northern Iran.  However, Zafar 1 didn't make it all the way to orbit.

The defense minister said like any other country that has launched satellites, the Iranian nation has a right to benefit from the technology, noting that Iran would, therefore, strongly pursue its relevant plans in this regard.

The Iranian defense minister was openly reacting to claims made by France and the U.S. about Iran’s space program following the Sunday launch.

Reacting to the launch on Tuesday, U.S. Secretary of State Mike Pompeo accused Iran of trying to improve its ballistic missile skills through the satellite launch and vowed to exert more pressure on Iran.

A day earlier, France also criticized the launch and claimed that it was inconsistent with UN Security Council Resolution 2231, which “calls upon” Iran not to undertake any activity related to missiles “designed to be capable of” delivering nuclear weapons.”

Commenting on missile activities, Hatami noted that the defense program was in complete accordance with international regulations that prohibit the development of projectiles capable of carrying nuclear warheads.

“Nothing of the kind exists in the Islamic Republic,” Hatami said. “All of our missiles, which we take pride in and which constitute an important factor of Iran’s defense and military power, are made with conventional warheads.”