Millions of homes in the Philippines will be able to enjoy new international TV channels thanks to CLUBTV, a new thematically-focused TV platform launched by Mediahouse.PH, a division of Magistan Media, a project management firm specializing in television operations and advertising, on SES’s satellite SES-9.

Starting with six channels, CLUBTV offers a wide variety of genres that will bring additional choices and popular thematic topics that interest young Filipinos: GINX Esports TV, HealthWellness, Pet & Pal, Luxe&Life, My Cinema Europe and Motorvision TV. The platform will allow the channels to address existing audiences of pay-TV operators, including Cignal TV as of December, bringing a new selection of content to subscribers at no additional cost. Mediahouse.PH serves as the aggregator and marketer of the TV channels. 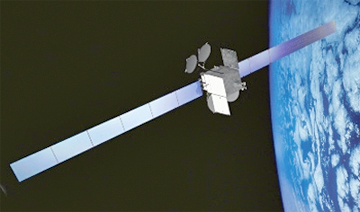 SES will provide both satellite capacity via SES-9, located at the prime orbital location of 108.2 degrees East, and managed media services such as ad insertion, encoding, monitoring and multiplexing. SES has established a strong presence in Asia Pacific via its premium video neighborhood at 108.2 degrees East, which currently broadcasts channels to over 17 million TV homes across the Philippines and Indonesia.

Multi-Orbit Interoperability for Inflight Connectivity Accomplished by SES and Thales