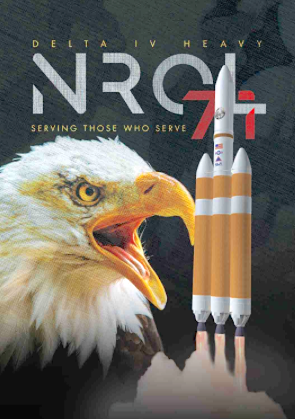 “We continue to remedy the technical issues that caused the last scrub of the Delta IV Heavy, and are working with our partners, the National Reconnaissance Office and the U.S. Air Force, to ensure that we fly when it is safe to do so,” said Gary Wentz, vice president of Government and Commercial programs, “we understand that this is a high-priority mission for the nation’s warfighters and we take our commitment to safety and mission assurance seriously.”

ULA's attempts to launch the NROL-71 mission on December 7 and 8 were delayed by technical issues, and then an attempt on December 18 was scrubbed due to high winds, which lead to the December 19 launch delay due to indications of elevated hydrogen concentrations within the port booster engine section.

With its advanced upper stage, the Delta IV Heavy can take more than 14,000 pounds directly to geosynchronous orbit, as well as a wide variety of complex interplanetary trajectories.

“We are proud to launch this critical payload in support of our nation’s national security mission,” said Gary Wentz, ULA vice president of Government and Commercial Programs. “As the nation’s premiere launch provider, the teams have worked diligently to ensure continued mission success, delivering our customer’s payloads to the precise orbits requested.”

To date ULA has a track record of 100 percent mission success with 131 successful launches.

With more than a century of combined heritage, ULA is an experienced and reliable launch service provider. ULA has successfully delivered more than 130 satellites to orbit that provide Earth observation capabilities, enable global communications, unlock the mysteries of our solar system, and support life-saving technology.