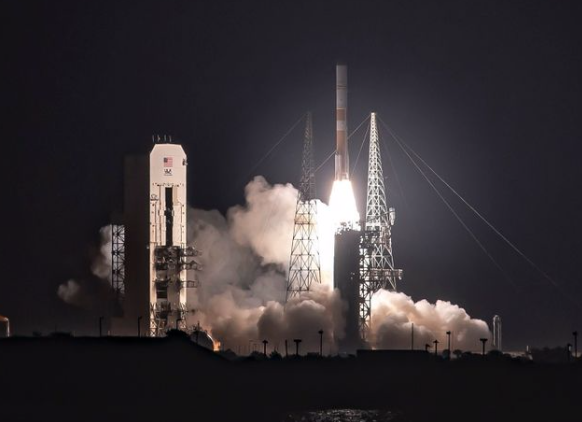 The successful launch of the WGS-10 satellite for the U.S. Air Force is the result of numerous entities' efforts.

Not the least of which is Northrop Grumman Corporation's (NYSE: NOC) contributions of a wide array of innovative technologies for the successful launch and deployment of the 10th Wideband Global SATCOM (WGS-10) on a United Launch Alliance (ULA) Delta IV rocket from Cape Canaveral Air Force Station, Florida.

“The successful Delta IV launch of the WGS-10 satellite, which is part of a larger system that provides critical communications capabilities for U.S. and allied forces worldwide, is a significant achievement for our team,” said Charlie Precourt, vice president, propulsion systems, Northrop Grumman.

Northrop Grumman's Graphite Epoxy Motor is used on United Launch Alliance’s Delta IV and Delta II launch vehicles. The 60- and 40-inch-diameter GEM motors are strap-on booster systems that can fly in different configurations depending on payload requirements with either fixed or vectorable nozzles. These motors enjoy the longest consecutive success record in commercial rocket motor history.

“This mission exemplifies the breadth of our capabilities to protect the warfighter by contributing key technologies on both the rocket and the satellite.”