Roscosmos And Sansa Agree Two Radio Dishes Better Than One 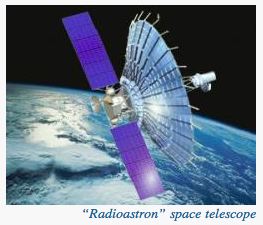 [SatNews] A draft contract has been signed between the South African National Space Agency (Sansa) and its Russian counterpart...

The two countries expect to formally agree to participate in the Russian-led international Radioastron space telescope programme. A draft contract between the South African National Space Agency (Sansa) and its Russian counterpart, Roscosmos, has already been agreed and, apart from some minor adjustments, is reported to be almost ready for signature. The signing of the contract will probably take place at a high-level meeting between Sansa and Roscosmos, to be held in May.

The Radioastron telescope was originally intended to have been launched in 2007, but suffered delays, pushing the launch date back to June last year. But further delays meant that this date could not be met and the telescope should now be launched in June this year. South Africa is also set to provide telemetry, tracking and control services for the space telescope.

Led by Russia, the Radioastron programme also includes the US National Radio Astronomy Observatory, the European Space Agency, the Common- wealth Scientific and Industrial Research Organisation of Australia, the Helsinki Univer- sity of Technology, in Finland, and India’s Tata Institute for Fundamental Research. The Radioaston spacecraft has been built by Lavochkin, and is based on that company’s Spektr-R satellite design. The intention is to launch it on a Zenit-2 rocket with a Fregat-SB booster from the Baikonur cosmodrome, in Kazakhstan. Once in orbit, it will deploy a 10-m-diameter radio telescope dish, which will be operated in conjunction with ground-based radio telescopes to undertake space very long baseline inter- ferometry (VLBI). Interferometry involves using two or more radio telescope dishes to look at the same object in the sky. The signals received by each dish are fed into a computer and because the dishes are not in exactly the same place (even if they are only a few tens of metres apart), the distance travelled by the signals to each is not identical and combining them creates an interference pattern that can be analysed by computer to provide high-resolution images of celestial objects.

In the case of VLBI, however, the dishes are very far apart – often on different continents, because the longer the baseline, the higher the resolution of the images obtained. And space VLBI extends the baseline even further than is possible on earth by adding a spacecraft. South Africa would provide part of the terrestrial component of the baseline, helping extend it to the maximum.

The Radioastron programme is expected to provide unprecedented high angular resolution in the decimetre and centimetre wavelength bands. It is aimed at studying active galactic nuclei, including supermassive black holes; the structure of star-mass black holes and neutron stars; the structure and distribution of interplanetary and interstellar matter; the structure and dynamics of star-forming regions using maser (microwave amplification by stimulated emission of radia-tion) and megamaser spectral line emission; and parameters of the currently accepted model of the cosmos, including dark energy and dark matter.

Dark matter is believed to make up most of the matter in our universe and is so named because it neither emits nor reflects light, making it invisible, although the influence of gravity from dark matter is detectable. While conventional matter makes up a mere 4,6% of the universe, and dark matter 23%, the even more mysterious dark energy is believed to account for 72% of our universe. Dark energy may be the force driving the observed expansion of the universe.

Meanwhile, separately, Russian cosmonauts could visit South Africa next month to mark the fiftieth anniversary of the first manned space flight, carried out by Russia’s Yuri Gagarin on April 12, 1961, in the Vostok 1 spacecraft. Edited by: Martin Zhuwakinyu

This article is by Keith Campbell and may be found here .