Thales Alenia Space, the joint venture between Thales (67%) and Leonardo (33%), has signed a new contract with the European Space Agency (ESA), on behalf of the European Commission, to upgrade Europe's EGNOS satellite navigation system. 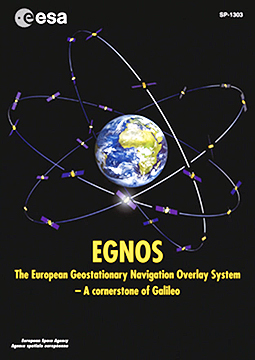 Via this contract, Thales Alenia Space will develop a new version of EGNOS (version V242B), incorporating new advanced functionalities. Worth a total of about 78 million euros, this contract includes the following:

EGNOS, the flagship program of the European Union, is the European satellite navigation system, designed to improve positioning messages from GPS (Global Positioning System). First deployed in 2005, with its open service operational since 2009, the current EGNOS system was developed by Thales Alenia Space as prime contractor.

The EGNOS system "Safety of Life" service, available since 2011, is used in aviation to allow aircraft to make precision approaches for landing without requiring ground-based landing aids. Building on its expertise in this field, Thales Alenia Space signed a contract with the Korean space agency in 2016 to supply the Korean Augmentation Satellite System (KASS). Including "Safety of Life‚" navigation services, South Korea's KASS regional system will initially be used for aeronautical applications — operators will not need landing aid infrastructures at airports.

In the same dynamic, ASECNA selected Thales Alenia Space in early 2019 to conduct a Phase B project, including the provision of a pre-operational service from 2020 as well as a SBAS (Satellite-based Augmentation Systems) in sub-Saharan Africa, to support the significant growth of air traffic in this area, thanks to an optimized satellite solution. ‚

Benoit Broudy, Navigation business head at Thales Alenia Space in France, said this contract signature bolsters the position of Thales Alenia Space, at the forefront of satellite navigation in Europe, as a supplier of navigation systems including Safety of Life services, with an increasing focus on the export market. Building on the company's expertise developed through major programs, such as Galileo, EGNOS and Kinéis, as well as the New Space constellation with 25 satellites including IoT capability and native geolocation, for which we are system architect on behalf of CLS in collaboration with Hemeria, Thales continues to move forward and innovate.