Azercosmos is participating at the CSTB Telecom & Media 2020 International Exhibition of Television and Telecommunications in Moscow that runs from January 28-30. 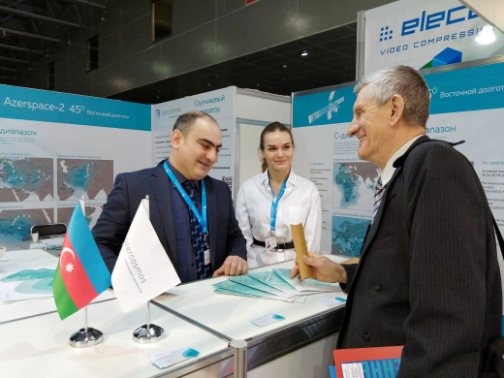 Yuvelirochka is a Russian 24-hour TV channel on jewellery sphere and broadcasts the history of jewellery, advertising of exclusive jewellery, as well as auction programmes in this area. TNV Planet is a television channel dedicated to the protection of the cultural heritage of Tatarstan. TNV Planet provides news, informative, entertaining, artistic and its production content in the Russian and Tatar languages.

The broadcast frequencies of the mentioned channels:

During the exhibition, the CIS Regional Sales Manager at Azercosmos made a presentation to the visitors of exhibition about the activities of Azercosmos and its telecommunication satellites – Azerspace-1 and Azerspace-2.

Yulia Averkina, VES-Media Distribution Manager, said that thanks to the company's cooperation with Azercosmos, Yuvelirochka channel will be broadcast via the Azerspace-1 satellite not only in Russia and the CIS countries, but also in more than 30 countries of the world. VEX-Media believes that this channel will be of high interest to Azerbaijani viewers, as well.