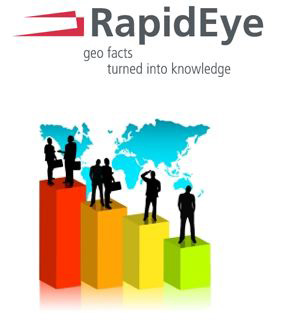 Company homepage
[SatNews] Another success for the Company in acquiring an East African distributor...

RapidEye, which owns and operates a constellation of five identical Earth Observation satellites, announced it has signed a distribution agreement with Ramani Geosystems located in Kenya. The contract allows Ramani to distribute RapidEye products throughout the entire continent of Africa except Algeria, Egypt, Libya, Morocco, Tunisia and Western Sahara. “Ramani is our first sub-Saharan distributor and we are very excited about expanding our awareness and finding new customers on this continent,“ sai John Ahlrichs, Vice President of RapidEye. “Ramani's market position in East Africa, their willingness to form partnerships with other companies and their interest in agressively promoting our data products were impressive and significant factors in our decision making process.“