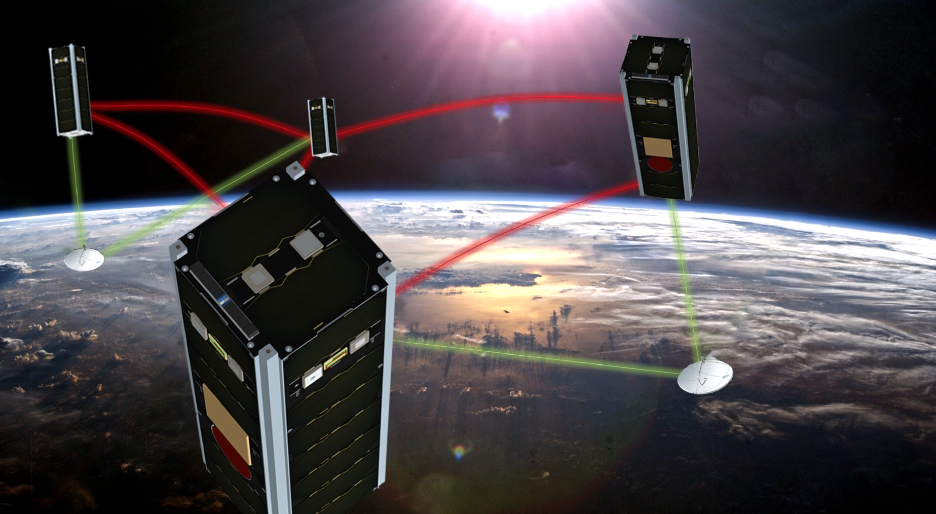 NetSat: Four satellites in formation at an altitude of 600km.

Four NetSat smallsats will autonomously control — for the first time — a three-dimensional configuration in space to enable new observation methods for climate research as well as for innovative future telecommunication systems.

To capture an object without blind spots, it needs to be imaged from different directions and by sensor data fusion, from which information is then derived. In NetSat, four nano-satellites will demonstrate relevant techniques for optimum self-organization of a satellite formation in three-dimensional space. This opens new perspectives in Earth Observation (EO) as well as for future telecommunication networks. In addition, there are strategies for collision avoidance.

The four smallsats (each one possesses a mass of 4 kg) are currently being finalized at the research center Zentrum für Telematik (ZfT) in Würzburg (Germany. In August of 2020, they will be delivered to orbit via a Russian Soyuz-rocket at a 600 km altitude.

The objectives of NetSat are to produce scientific breakthroughs for control of the three-dimensional configuration to provide optimum observation conditions. For this purpose, each satellite carries a highly efficient, electric propulsion system (developed by the Austrian company, Enpulsion) and a high-precision attitude control system composed of extremely small and power-efficient reaction wheels (from S4–Smart Small Satellite Systems and Wittenstein Cyber Motors).

The telecommunication link between the satellites supports data exchange on position, attitude and planned maneuvers. In combination with advanced control methods, the coordination of these four smallsats can be realized. While the long-term task planning is done by the space control center in Würzburg, the reaction on deviations and the fine tuning of the formation is handled autonomously by the smallsats onboard software.

The NetSat mission is sponsored by an ERC Advanced Grant and by the Bavarian Ministry of Economics. In 2012, the European Research Council (ERC) honored Prof. Dr. Klaus Schilling with the highly valued European research award to promote scientific pioneer research in space technology and control systems. The independent research, institute Zentrum für Telematik (ZfT) in Würzburg, was selected as the host institution for NetSat due to that organization's outstanding test infrastructure for multi-satellite systems. (https://erc.europa.eu/projects-figures/stories/small-cooperative-future-spacecraft-systems ) 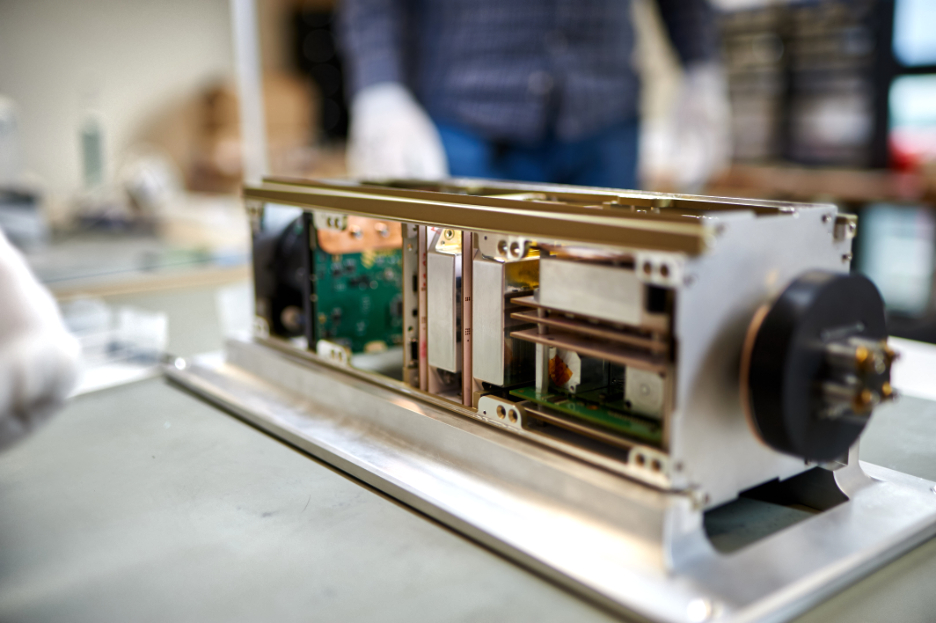