GA-ASI conducted the test with Tesat-Spacecom (TESAT), using their GEO Laser Communication Terminal (LCT), the LCT 135. This was the first demonstration of an air-to-space lasercom system with Size, Weight and Power (SWAP) that is compatible with a Medium-altitude, Long-endurance (MALE) Remotely Piloted Aircraft (RPA). 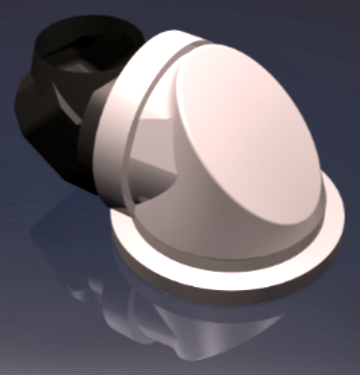 GA-ASI tested the ALCoS from an optical observatory located on Tenerife in the Canary Islands and closed link with Tesat’s LCT 135 terminal onboard the GEO satellite Alphasat. The test successfully demonstrated acquisition and tracking, and sufficient power to close the link with the LCT 135. GA-ASI is completing the development of the flight system for use on a GA-ASI-produced MQ-9 RPA.

ALCoS is the result of a five-year, GA-ASI-funded effort to deliver Low Probability of Intercept (LPI), Low Probability of Detect (LPD) communications link to the MQ-9. With 300 times the data carrying capacity of conventional RF SATCOM systems, ALCOS will be able to operate as a gateway to the Joint Aerial Network for forward-deployed forces.

The system has the capability to work in two optical wavelengths, 1064nm and 1550nm. TESAT brings more than 12 years of experience with deployed lasercom systems for space. TESAT’s LCT 135 terminals are currently in use on seven satellites in orbit. These LCTs make more than 60 satellite-to-satellite links over a distance of 45,000 km. per day and have logged over 30,000 links total. TESAT has proven the commercial viability of laser satellite communications.

Linden Blue, CEO, GA-ASI, stated this test was a critical step towards enabling the company's aircraft with a high-bandwidth communication system that cannot be jammed or detected by an adversary,. ALCoS allows a new generation of high-performance sensors by breaking the data bottleneck of current RF SATCOM technology.