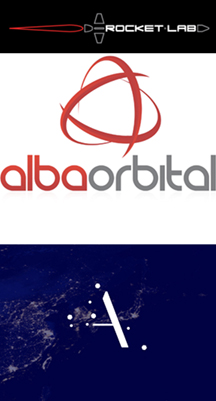 With thoughts of Electron rocket re-use firmly in mind, Rocket Lab successfully launched their "Running Out of Fingers" mission on December 6 at 3:19 a.m., EST, from the firm's Mahia Peninsula launch site in New Zealand. 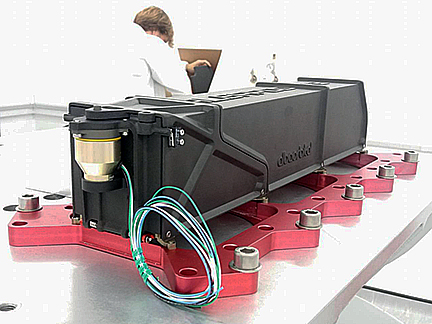 Six smallsats manufactured by Alba Orbital were passengers on this tenth expulsion of the Electron launch vehicle from Earth's gravitational forces.

Of interest to the smallsat's creators are the smallsat's data collection regarding comms between satellites, the viability of thermal insulation in space as well as studying electromagnetic leakage from Earth.

Also a passenger scheduled for orbit ejection aboard the Electron was the 75 kg. ALE-2 satellite from, appropriately enough, the ALE company based in Japan. The goal of this smallsat is to create a five color shooting star panorama in the sky. 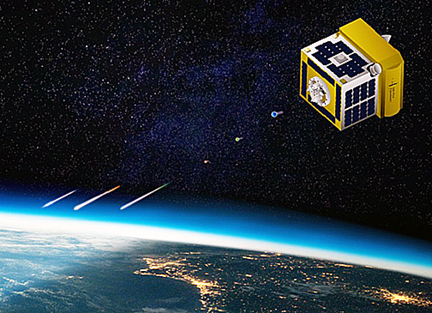 Artistic rendition of the ALE-2 smallsat.

Image is courtesy of ALE.

Rocket Lab continues to expand their operations with a new launch site to be commissioned in the U.S. If, and when, rocket reusability is viable, the firm plans to increase the frequency of their launches to a weekly schedule. There were several sensors aboard the Electron to gather re-entry data to continue the formulation of rocket re-use in the not-too-distant future.

Here is Rocket Lab's official news release regarding the launch...

Rocket Lab has successfully launched its tenth Electron mission and deployed seven spacecraft to orbit during a launch that marks a major step towards reusable Electron rockets.

The mission, named ‘Running Out Of Fingers’ in recognition of Rocket Lab’s tenth launch, lifted off from Rocket Lab Launch Complex on New Zealand’s Mahia Peninsula at 08:18 UTC, December 6, 2019.

The seven satellites on board were for commercial rideshare customers Alba Orbital and ALE (the latter of which was procured by Spaceflight) bringing the total number of small satellites deployed by Rocket Lab to 47, continuing the company’s record of 100% mission success for customers. ALE’s payload was deployed to a 400km circular orbit, before the Kick Stage’s Curie engine reignited and dropped the stage to a lower orbit for deployment of Alba Orbital’s payloads.

Rocket Lab also successfully completed a guided re-entry of the Electron vehicle’s first stage as part of the company’s plans to make Electron a reusable rocket. As part of a block upgrade, Electron’s first stage for this mission included guidance and navigation hardware, including S-band telemetry and onboard flight computer systems, to gather data during the first stage’s atmospheric re-entry. The stage was also equipped with a reaction control system (RCS) to orient the booster during its re-entry descent.

The RCS system successfully oriented the first stage 180 degrees for its descent. The stage remained dynamically stable for the re-entry, keeping the correct angle of attack. The stage was successfully slowed to less than 900 km per hour by the time it reached sea-level and disintegrated on impact as planned.

Rocket Lab will continue to work through the recovery data ahead of a full recovery attempt next year that will see parachutes deployed from Electron’s first stage to enable a soft landing.

Rocket Lab CEO and Founder, Peter Beck said that not only is this tenth mission a significant milestone launch for the company, but the firm's first guided stage re-entry was a complete success. The stage made it through the harsh re-entry environment intact, which is an outstanding result for a first test of the company's recovery systems. This is a huge testament to the relentless drive and commitment of the Rocket Lab team that ten flights have been reached in just the firm's second year of commercial launches. As the company closes out another year of launches, Rocket Lab's sights are set on a busy 2020 that will see the Electron launched from U.S. soil out of Launch Complex 2 for the first time, while continuing to grow the launch cadence out of Launch Complex 1.

Rocket Lab’s next mission will occur within the first weeks of 2020 from Launch Complex 1.

Tying Their Smallsat Expertise Together are Rocket Lab and KSAT