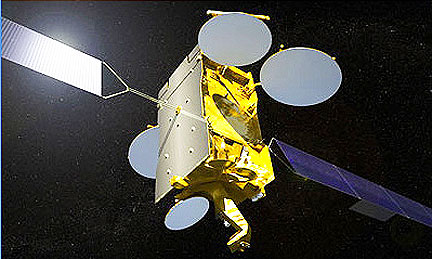 [SatNews] SES (Euronext Paris and Luxembourg Stock Exchange: SESG) has announced that the ASTRA 1N satellite designed and manufactured by Astrium for SES has arrived at the European space Center in Kourou, French Guiana.

This delivery is in preparation for the satellite's launch by an Ariane 5 vehicle early July 2011. ASTRA 1N will deliver DTH services, notably digital and HD TV with pan-European coverage, and is planned to mainly serve the German, French and Spanish markets. The satellite will first provide interim capacity at 28.2 degrees East and will subsequently be moved to19.2 degrees East, its final orbital position. As prime contractor for ASTRA 1N, Astrium has supplied both the payload and the Eurostar E3000 platform for this satellite equipped with 62 transponders in the Ku- frequency band. ASTRA 1N will have a launch mass of 5,350 kg and a spacecraft power of 13 kW at the end of its 15-year design life. Launch and Early Orbit Phase operations will be conducted from the Astrium spacecraft control centre in Toulouse, France. ASTRA 1N will be the fourth Eurostar satellite in the ASTRA fleet following the successful launch of ASTRA 3B in May 2010. Astrium’s Eurostar series has accumulated nearly 400 years of successful in-orbit operations.

Astrium is currently in the process of designing and manufacturing five more satellites for SES, all based on the Eurostar E3000 platform: ASTRA 2E, ASTRA 2F, ASTRA 2G and ASTRA 5B. All are scheduled for launch between 2012 and 2014 and are designed to deliver high quality broadcast, VSAT and broadband services in Europe and Africa for SES; while SES-6 will support SES’ growth in Latin America, offering 50 percent more C-band capacity for the cable community, and retaining the unique capability to distribute content between the Americas and Europe on the same high powered beam.