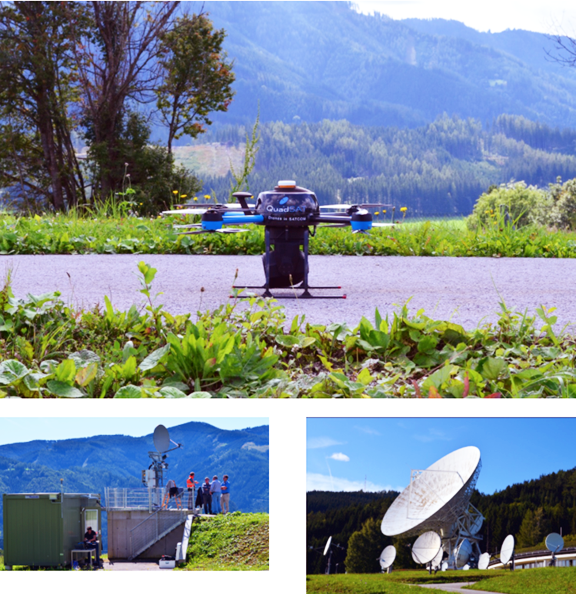 QuadSAT’s system uses drone technology to test, calibrate and measure the performance of VSAT antennas, specifically Comms-On-The-Move (COTM) products. The system offers similar capabilities as a traditional antenna test range, and does so autonomously, by generating and receiving test signals in a highly controlled and consistent manner. The result is a portable, cost-effective, and time-efficient method to verify antenna performance.

Anja Ellerbrock, Senior Engineer of Commercial Systems Engineering at SES, responsible for antenna approvals, attended the demonstration and said that the company has been working with the QuadSAT team for the last few years and is very pleased with the progress they have made. This technology will make independent antenna verification testing more accessible and cost-effective for antenna manufacturers and service providers. More antenna performance tests will result in better VSAT antenna quality in the industry. QuadSAT’s product is very welcome there.

Fritz Schurig, who is responsible for antenna approval at Eutelsat, was also present during the testing activity and added that this is a fantastic technology that has huge potential to transform how antenna testing is performed.

Joakim Espeland, CEO, QuadSAT, added that the company is thrilled that Eutelsat and SES are considering the firm's technology as a contribution to improve antenna product quality, in a move towards a cleaner RF spectrum overall.