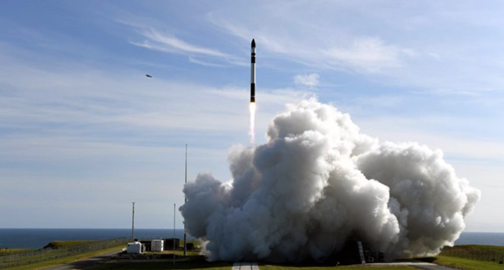 The Whalers Way Orbital Launch Complex in South Australia will be capable of launching rockets, such as Rocket Lab’s Electron.

Southern Launch is aiming for its Whalers Way Orbital Launch Complex “to get off the ground in 2020.”

The declaration takes the South Australian company to the next stage that will allow it to undertake a comprehensive assessment and submit a formal development application. 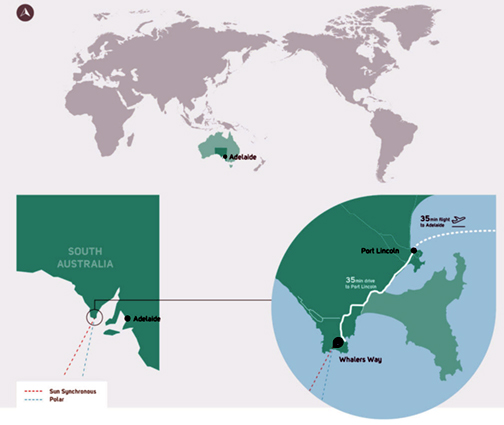 The 1190-hectare site sits at the bottom of Eyre Peninsula, about 35 minutes’ drive from the regional centre of Port Lincoln. The complex is 250 km. west of Adelaide and 500km south of Woomera, the historic rocket launch site that is restricted to military use.

A task force, headed up by state government agency Defence SA has been established to help Southern Launch through the development process, which includes detailed plans of site operations, potential customers, economic benefit and environmental impact.

Southern Launch founder and CEO Lloyd Damp said the major project declaration was a fantastic step forward and would allow more information to be released and public consultation to begin. He said major project status was usually reserved for huge infrastructure projects that ran into the billions of dollars.

Damp said, “Our project is a fraction of that size but the potential benefit to the South Australian economy is of great importance to the state. The creation of something like a launch facility operates as a centre of gravity that starts to bring to the region other space related industries and activities. A lot of the rocket manufacturing customers we’ve been speaking to have said that initially they will want to prove they can launch their vehicles from our facilities and once that’s proven they will want to start moving some of their operations into the local area to reduce the logistic supply chain.”

Southern Launch is in a space race with Equatorial Launch Australia (ELA) to establish Australia’s first commercial rocket launch facility. However, ELA’s Arnhem Space Centre at the top end of Australia will offer equatorial launches while the Whalers Way Orbital Launch Complex in South Australian will be more focused on polar launch missions. 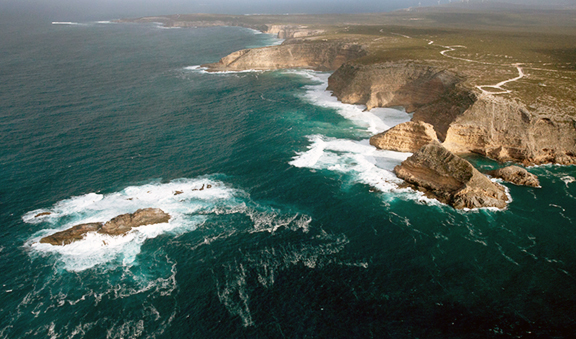 The Eyre Peninsula in South Australia has more than 2,000 km. of coastline with dramatic sea cliffs.

The proposed Southern Launch facility is being designed to compete globally on rocket launch schedule availability, launch window flexibility and launch site accessibility. Southern Launch will target rockets with payloads between 50 and 400 kg. that carry smallsats into polar or sun synchronous orbits to service Internet of Things applications such as monitoring agricultural land.

Rockets launched at the site will fly 500 km. south over the Great Australian Bight before reaching orbit.

Damp said Rocket Lab sourced components for its rocket vehicle from 4000 suppliers across New Zealand. “We’re developing a multi-user facility so if we’re able to attract two rocket manufacturers into South Australia, they could be sourcing components from 4000 or maybe 6000 different suppliers, which injects so much benefit into the economy."

Several Adelaide-based space companies, including SITAEL Australia and DEWC Systems, have expressed interest in launching from the Eyre Peninsula site.

South Australia has been a significant player in the nation’s space industry and is home to major Tier 1 defence companies and several emerging space startups, including Fleet Space Technologies, Inovor Technologies and Myriota, which have all announced new IoT initiatives this year.