Artificial Cosmonaut Flying to ISS Aboard A Soyuz-2.1a Rocket 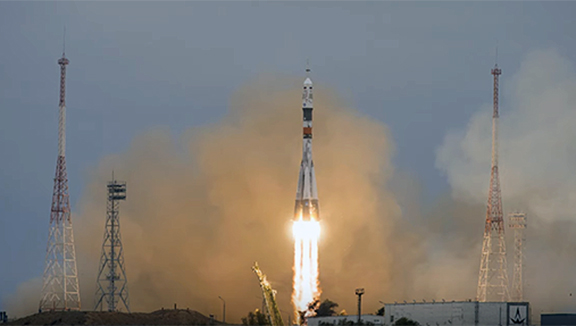 A Russian Soyuz MS-14 spacecraft lifted off for the International Space Station (ISS) with a humanoid robot onboard on August 22 during the test launch of a Soyuz-2.1 carrier rocket that incorporates improved technology for a more precise landing, this according to State Space Corporation Roscosmos Chief Dmitry Rogozin.

"The second part of the tests involves tests during the landing. The spacecraft itself incorporates new solutions that will provide for a more precise landing," the Roscosmos chief said. "From 2002, Russia used Soyuz-FG carrier rockets to deliver international crews to the orbital outpost. From 2020, Russia is set to switch to Soyuz-2.1a rockets, which previously delivered only freight spaceships and satellites into orbit. The launch on August 22 is a test blastoff before a manned mission to the International Space Station." 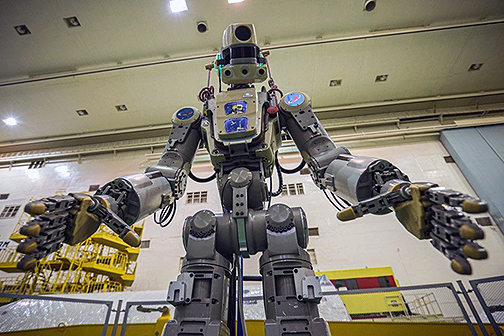 Photo is courtesy of Roscosmos.

Aboard this flight is the android robot Fedor, developed by Android Technology Company and the Advanced Research Fund on a technical assignment from Russia’s Emergencies Ministry. The android robot has received its own name of Skybot F-850, where the letter F stands for its affiliation with the Fedor family of robots.

As Roscosmos Chief Rogozin said, the Skybot F-850’s basic goals include transmitting telemetry data, determining parameters related to the flight safety, including overloads and carrying out experiments to test the robot’s operations useful on the external side of the space station.

The robot will stay about 17 days in orbit. In general, the robot Fedor will act as an artificial cosmonaut, the Roscosmos chief said.