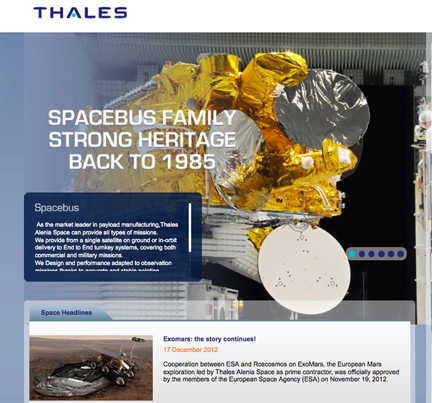 [SatNews] Cooperation between ESA and Roscosmos on ExoMars, the European Mars exploration led by...

...Thales Alenia Space as prime contractor, was officially approved by the members of the European Space Agency (ESA). ExoMars actually comprises two separate missions. The first, slated for 2016, will study the Martian atmosphere and demonstrate the feasibility of several technologies which are critical to the atmospheric entry, descent and landing phases—and the key to any future human exploration of Mars. It will also provide a telecommunications relay to transmit data between the control center on Earth and the Martian rovers to be used on following missions. The second mission in the ExoMars program will carry a European rover, capable of moving autonomously, taking soil samples down to a depth of two meters, and analyzing the chemical, physical and biological properties of these samples.

Following NASA's withdrawal as as ESA’s major partner in ExoMars, ESA finalized a new agreement with the Russian space agency Roscosmos. ESA and Roscosmos will cooperate on equal footing in ExoMars. Roscosmos will provide important elements, such as the Entry, Descent and Landing system for the 2018 mission, several scientific instruments, and the Proton rockets in 2016 and 2018.

Thales Alenia Space Italy is the industrial prime contractor for the ExoMars program, and is also responsible for design of the 2016 Entry, descent and landing Demonstrator Module (EDM), development of the Analytical Laboratory Drawer (ALD), which will carry instruments for the Pasteur scientific payload, its integration on the rover, the onboard computer and the radar altimeter for the EDM. Thales Alenia Space France is in charge of the design and integration of the orbiter module. 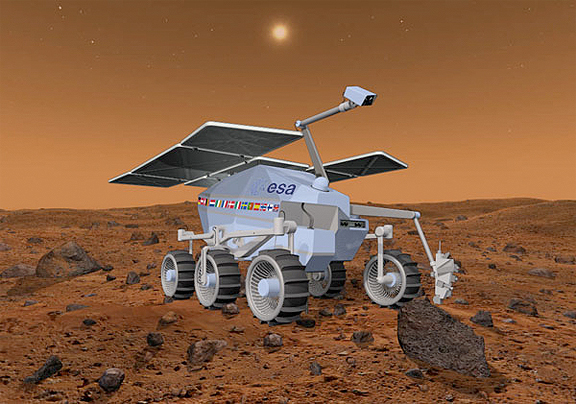