TOKYO: Japan is ready to take Malaysia to a new frontier in space exploration and technology, via collaborative initiatives. 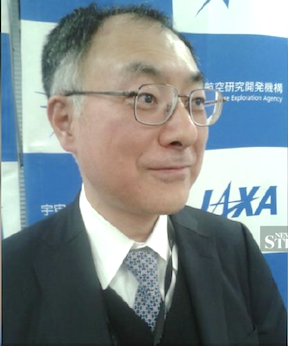 "With Malaysia's experience in these sectors and the decades-old strong bilateral relationship between both countries, I reckon Malaysia can forge ahead in space science and beyond.

"Given time, Malaysia may even have another man (or woman) in space," said Shoji at the JAXA's Tsukuba Space Centre at Ochanomizu Sola city at Kandasurugadai in Chiyoda-ku.

He praised the initiatives of Prime Minister Tun Dr. Mahathir Mohamad, whose visionary leadership during his first tenure as premier in the 1980s, including establishing the 'Look East Policy', catapulted the country towards industrialisation.

Shoji said he hopes that Malaysia will continue to thrive under Dr. Mahathir's second tour of duty, which could further uplift its socio-economy.

The historic effort came by way of a government-to-government billion dollar offset agreement through the purchase of Russia’s Sukhoi Su-30MKM fighter jets for the Royal Malaysian Air Force.

The Malaysian Space Agency (MySA) is believed to be making efforts to prepare a second Malaysian to fly to space by 2030.

"Japan will be delighted to be part of this ambitious plan and to also assist Malaysia to develop its indigenous rockets to launch satellites for weather, pollution, law enforcement, communication, radio-television applications and the like.

Currently, he said JAXA is involved with Universiti Putra Malaysia in the analysis of optical glass fibre studies on radiation dosimeter via its experiment module Kibo.

Eleven countries, including Malaysia, and 15 organisations are involved in the Asian Beneficial Collaboration through the Kibo utilisation programme.

"Japan sees Asean, which has 9 per cent of the world's population, as a rapidly growing economy with an important position globally.

"These countries see space technology as a tool for economic development, human resource progress, search and development, and capacity-building initiatives that advance diverse links towards a new era," said Shoji.

Meanwhile, Japanese astronaut Kimiya Yui, 50, who spent 142 days on the ISS in 2015, said he is eagerly looking forward to his second space stint.

"I am one of those Japanese shortlisted to return to the ISS. It is easier said than done, for it takes 2.5 years for an astronaut to undergo a refresher course to qualify.

"This is in contrast to the six years preparation if one wants to go to space for the first time.

"I still recall how it took me three hours to be able to stand on my own feet, upon my return to Earth five years ago, owing to prolonged weightlessness," he said.

The ISS floats 400km above the Earth, rotating 8km per second or 90 minutes to circumnavigate the planet, Yui said.

He added that scientists are assisting astronauts to cultivate edible plants on the ISS as a psychological morale booster for space station crew to have living organisms among them.

Presently, the ISS is manned by Americans Andrew Morgan and Jessica Meir along with Russian Oleg Skripochka.