The 25th Secretary of the U.S. Air Force... and Possibly Space Command... Confirmed by U.S. Senate 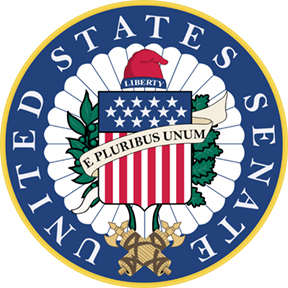 The United States Senate has overwhelmingly confirmed Barbara Barrett to be the 25th Secretary of the U.S. Air Force, clearing the way for the experienced pilot and former ambassador to lead the service as it faces new threats globally and in space.

The 85 to 7 vote makes Barrett the third consecutive woman confirmed to lead the U.S. Air Force and its 685,000 total force Airmen. Barrett replaces Heather Wilson who resigned in May. Undersecretary Matthew Donovan served as acting secretary in the interim.

Barret said, post vote, that she can think of no position that offers more excitement, challenge and meaning than the secretary of the Air Force. The nation's Air Force is the best in the world because of extraordinary Airmen and civilians with whom she is now proud to serve. 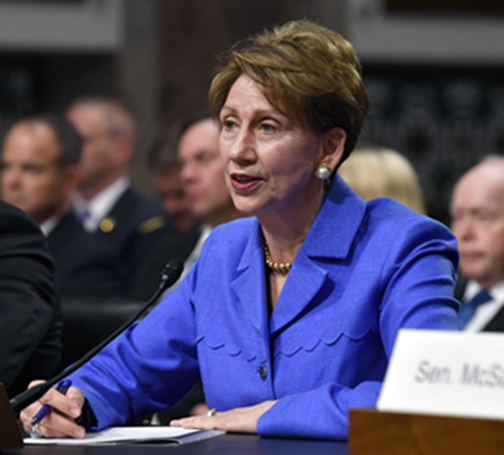 Barbara Barrett was confirmed by the Senate on October 16, 2019, to be the 25th Secretary of the Air Force. As an experienced pilot, former ambassador and senior government official, Barrett was praised for her wide experience and long history with aviation and the United States military.

Barrett’s lopsided confirmation was largely expected. She earned praise from senators in remarks prior to the vote that summarized her extensive background in public service as ambassador to Finland, as a senior official at the Federal Aviation Administration, as an instrument-rated pilot and as someone certified as an astronaut for space travel.

Any questions about Barrett’s confirmation were largely erased in September when she appeared before the Senate Armed Services Committee. Barrett echoed a set of priorities that have been often described by the Air Force’s civilian and military leadership. She emphasized the need for robust modernization to recover from budget cuts in previous years. She offered unequivocal support for expanding the fleet of F-35 Lightning II aircraft.

She offered support for an Air Force analysis calling on the service to expand to 386 squadrons from 312. That number is needed, the analysis says, to meet all demands and challenges posed in today’s world. That target was unveiled last year after extensive review and is captured in shorthand as “the Air Force we need.”

Barrett agreed that continuing to reconfigure the force to confront, and if necessary defeat, “near peer” adversaries China and Russia must remain a focus. And, at a time when the Air Force and other services are confronting suicides and sexual assaults among other quality of life issues, Barrett pledged to work hard to understand and address those problems as well as the underlying issues that cause them.

She also endorsed creating a Space Force as the new and separate sixth branch of the U.S. military, stating that if confirmed, standing up a Space Force would be a key imperative. She believes the nation needs the Space Force, which, in her opinion, would be a domain-specific service to organize, train and equip space forces and that is overdue.

Barrett also embraced existing policies and themes on topics ranging from the need for the KC-46 Pegasus tanker, to combating cyber threats, to the emerging importance of the Arctic and to working with senators to address groundwater contamination from Air Force bases in their states. She agreed that modernizing the United States’ aging nuclear capability is “one of our highest priorities.”

She gained notice as the first civilian woman to land in an F-18 Hornet on an aircraft carrier, riding in the back seat. She earned an up-close view of defense policy and Pentagon behavior in her service as a civilian adviser to both the secretary of defense and the chairman of the Joint Chiefs of Staff at the time.

Most recently, Barrett stepped down in 2017 as chairwoman of the board for the Aerospace Corporation after four years in the role. Aerospace Corp. is the only federally funded research and development organization focused on space.

Article by By Charles Pope, Secretary of the Air Force Public Affairs