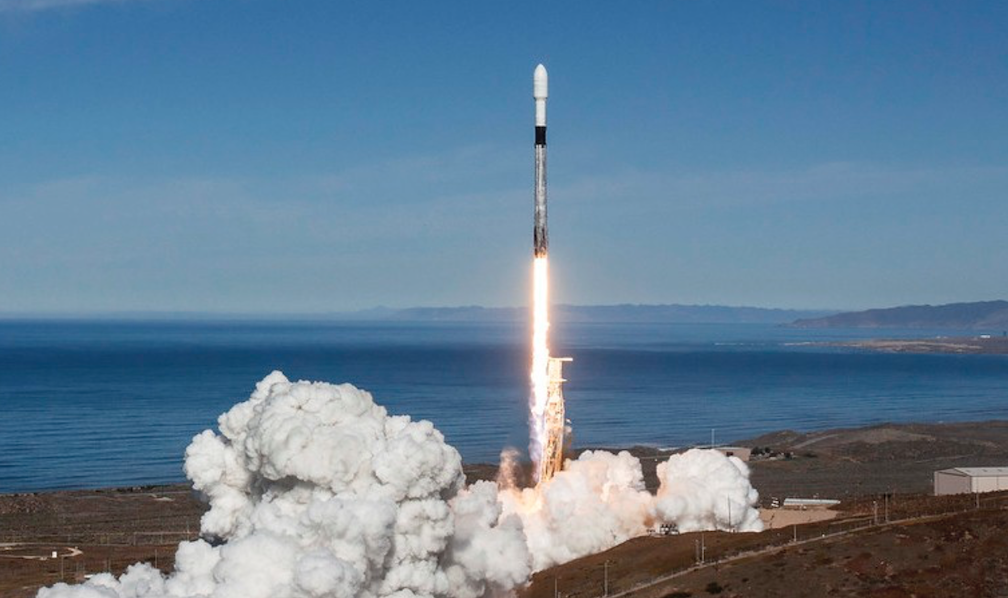 One of Spaceflight Industries’ most notable projects was the launch of 64 satellites aboard a SpaceX Falcon 9 rocket in December 2018. (SpaceX Photo)

Seattle-based Spaceflight Industries says it has signed a deal to sell Spaceflight Inc., its satellite rideshare launch subsidiary, to one of Japan’s largest trading companies.

The definitive share purchase agreement, reached with Mitsui & Co. Ltd. in partnership with Yamasa Co. Ltd., will have to be reviewed over the next few months by the Committee on Foreign Investment in the United States to evaluate national security aspects of the acquisition — but the companies expect the deal to be approved by midyear.

Spaceflight Industries said it would leverage the capital from the Spaceflight Inc. deal to accelerate the growth of BlackSky, its geospatial intelligence business. BlackSky already has four of its own Earth-observing satellites in orbit and plans to add eight more to the constellation this year. Four of those satellites are due to be sent into orbit on the maiden launch of India’s SSLV rocket.

Brian O’Toole, president of Spaceflight Industries and CEO of BlackSky, said the deal is a win-win for BlackSky and Spaceflight Inc.

“Both companies are poised for a new phase of rapid growth,” he said today in a news release. “This acquisition is a significant step in driving our strategy forward. BlackSky will continue to partner with Spaceflight’s ridesharing and launch service experts to meet our aggressive launch schedule.”

Spaceflight Industries also has a Tukwila, Wash.-based joint venture with Thales Alenia Space, known as LeoStella, which builds satellites for BlackSky and other customers. The deal announced today has no impact on LeoStella.

Spaceflight Inc. will continue operations as an independent U.S.-based company headquartered in Seattle, and Curt Blake will continue to serve as CEO and president. He’ll report to a newly formed board of directors established with a majority of U.S. based members.

In a blog posting, Blake said a separate subsidiary will be established with a board of directors composed of U.S. persons, so as to minimize any impact on U.S. government customers.

“We are committed to building the necessary business infrastructure to ensure our customers, both commercial and government, are fully supported and poised for growth,” Blake said.

Since its founding in 2010, Spaceflight Inc. has handled launch logistics for 271 satellites on 29 rockets. It’s planning more than 10 missions in 2020 across five different launch vehicles.

Its most notable rideshare mission came a little more than a year ago when it arranged for the launch of 64 small satellites on a SpaceX Falcon 9 rocket.

Since then, SpaceX has gotten into the satellite rideshare launch business in its own right, basically leaving out Spaceflight Inc. as the middleman. The advent of small-scale launch providers such as Rocket Lab and Virgin Orbit has further complicated the rideshare market.

At the same time, Spaceflight Industries’ investors and executives have turned increasing attention to BlackSky’s side of the business. Although the parent company has been headquartered in Seattle since its founding, the center of gravity has been shifting to Herndon, Va., where O’Toole is based. Spaceflight Industries’ founding CEO, Jason Andrews, left the company more than a year ago.

In today’s news release, Spaceflight Industries said the planned acquisition is “a unique opportunity for Spaceflight to further invest and expand its commercial and government rideshare launch services while Mitsui & Co. expands its portfolio to offer space services.”

Blake said Spaceflight Inc. will remain committed to its goal of enabling routine, reliable and affordable access to space.

“The acquisition provides an opportunity to be part of a high-growth international portfolio, which offers deep expertise and investment opportunities,” Blake said.

In his blog posting, Blake said “the biggest, most obvious benefit is growth.” Spaceflight Inc. will keep its current team intact and will be “hiring a handful of new positions this year to support our business operations and ever-growing launch schedule,” he said.

Mitsui, whose interests range from energy and infrastructure to food and fashion, was one of investors participating in a $150 million Series C funding round for Spaceflight Industries that closed in 2018.

“Spaceflight has demonstrated its ability to push boundaries and achieve success, and we are eager to bring them into the Mitsui & Co. portfolio,” Tomohiro Musha, general manager of Mitsui’s aerospace systems and rail leasing division, said in the news release.