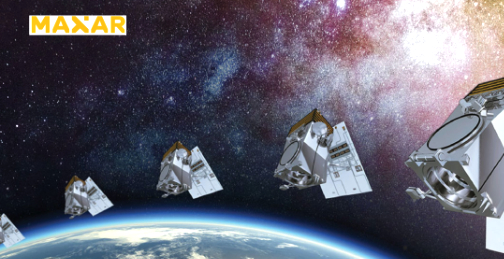 The Advanced Television infosite is reporting that a 2010 contract placed with Maxar Technology’s predecessor company, MDA Corp., to build and launch a geostationary satellite (Lybid-1) for Ukraine’s National Space Agency, and subsequently the subject of a legal dispute between Maxar and the Ukrainian government, has been settled in Maxar’s favor.

The 18-month dispute ended up with a United Nations arbitration tribunal which dismissed Ukraine’s claims “in their entirety” and ruled that Maxar’s costs and expenses be paid. The 2010 satellite order with MacDonald, Dettwiler & Assoc. (MDA) was for a craft to be orbited to 48 degree East, and was valued at $254 million.

The original contract called for MDA, as well as building and launching the satellite, to provide two satellite control centres and other associated ground infrastructure. The communications satellite will support direct broadcast television and high-speed Internet access to the country of Ukraine and surrounding areas. MDA and the Ukrainian Space Agency are finalizing specifications and other requirements.

MDA suspended work in 2014 because of the then political uncertainty in the Ukraine and citing force majeure. At the time, MDA said it was working with the client to determine “go-forward scenarios with the goal to minimize the impact.” It said it expected the work to be delayed from four to six months, but the final costs associated with the stoppage were yet to be determined.

Core to Maxar’s argument was summed up by Biggs Porter, Maxar’s CFO in May 2019, who said for those who aren’t familiar with [the situation], Maxar delivered a satellite to Ukraine that the firm was paid to build. MDA delivered it to the appropriate place and then Russia invaded Crimea and the Ukraine hasn’t had access to that satellite.

Maxar will explain how the decision impacts its financials during its Q1 earnings statement.