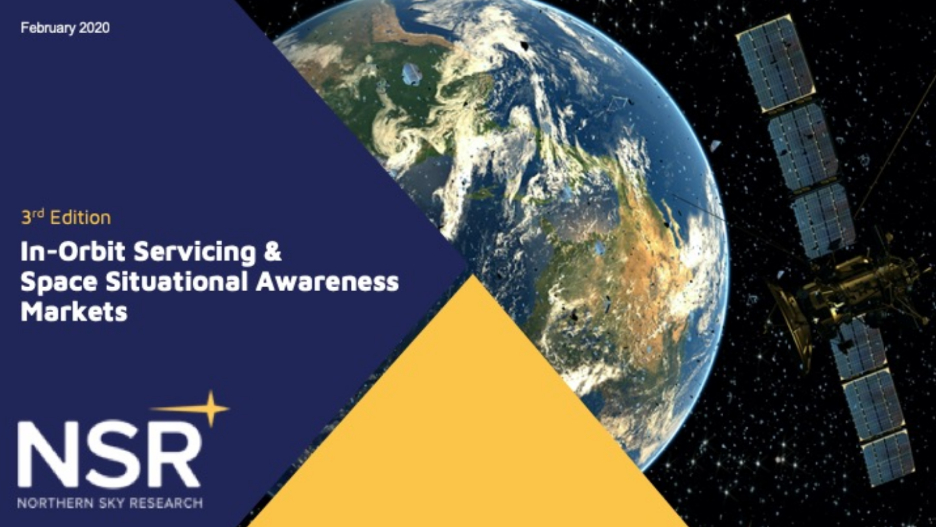 The Federal Communications Commission (FCC) updated its orbital debris rules last month for the first time since 2004. These now require satellite operators to quantify their collision risk, probability of successfully disposing spacecraft, and casualty risk of spacecraft that re-enter Earth’s atmosphere. While this is a significant step forward considering the amount of satellites planned to launch over the next decade, how does that impact space sustainability and what does this mean in-orbit servicing markets?

The topic of space sustainability as it pertains to orbital debris can be split into two main parts: 1) removal of the debris currently in orbit; and 2) debris mitigation from future launches. The new FCC rules look at the 2nd part – and understandably so, as current debris removal is associated with various challenges – and the question of “who pays for it” is made relatively easier to answer.

NSR’s In-Orbit Servicing & Space Situational Awareness Markets, 3rd Edition report dives into various applications that either directly or indirectly act as tools to enable space sustainability. As such, this market is directly affected by regulatory updates, thus simultaneously and significantly impacting the demand for these services. Indeed, if regulations ease, less operators will opt for paid de-orbiting and End of Life (EOL) disposal services, for example. Similarly, as the regulations become stringent, the addressable market for these services will grow.

NSR forecasts 533 satellites to be serviced by on-orbit services including life extension, relocation, de-orbiting, salvage and robotics. Each of these missions directly or indirectly help to mitigate debris, either by inspection, salvaging a satellite to the correct orbit, move a satellite to graveyard orbit or EOL disposal/ de-orbiting, to reduce the number of defunct satellites in orbit. 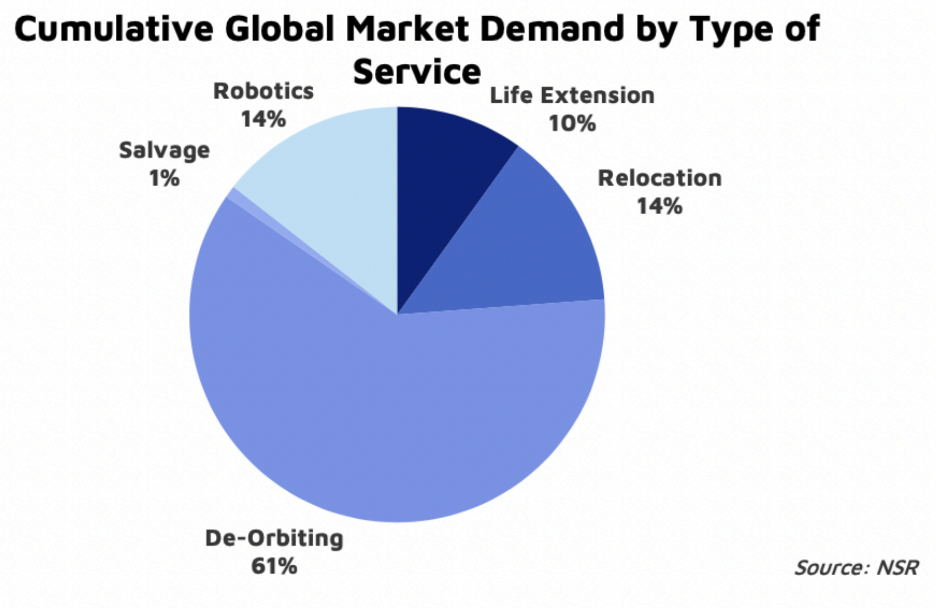 De-orbiting makes for the largest part of the market with 324 satellites expected to be serviced by this application. NSR takes into consideration the number of satellites planned (and expected) to launch over the next decade per year, and a part of that number is what is considered as the market for these services and is quite sensitive to regulatory changes.

So, after the FCC announcement, the question is: How much will this latest announcement from the FCC impact this forecast? Answer: Not a lot. Orbital Debris Knows No Bounds

The tragedy of the commons is a situation in a shared-resource system where individual users, acting independently according to their own self-interest, behave contrary to the common good of all users by depleting or spoiling the shared resource through their collective action. The logic of tragedy of commons equally applies in outer space, which means the resource of outer space will inevitably be over-used/mis-used.

The problem of orbital debris is not localised to any particular country or region, and while initiatives like the one by FCC attempt to reduce the risk and volume of debris on the national level, it should be internationally coordinated, as organisations like The Inter-Agency Space Debris Coordination Committee (IADC) do, but more importantly, be standardised at a global level. So, what does this mean to the # of satellites to be serviced?

Having regulations and standards is a good start, but enforcement of those is another issue altogether. Compliance with regulations can rely significantly on one’s understanding (or lack thereof) and acknowledgement of risk. Unfortunately, at this stage, the risk of collision, especially seems to be greatly underestimated across the industry players.

In its original proposal, the FCC also introduced a “performance bond”, which has been put on hold for now, along with other, more stringent rules. Regardless of the outcome, incentivizing good behaviour with financial milestones, or in concert with insurance providers could be a good way to compel the industry to comply with regulations. Bottom Line

Regulatory changes, especially relating to outer space policy, come with its set of challenges. So, while it seems slow in this day and age, it is not surprising that it took 15 years to update the orbital debris regulations, which makes it a giant leap.

However, it is a global issue, and a piecemeal approach will not have a significant impact on space sustainability and the enabling in-orbit services like EOL disposal and de-orbiting. Unless there is major international buy-in and standardized regulations and better enforcement methods are established, it might take longer than the industry can afford.