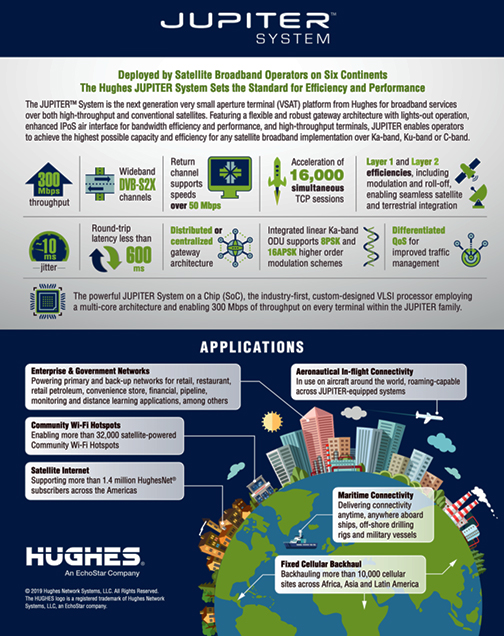 Hanif Kassam, CEO, InterSATT, said the JUPITER System provides InterSAT with a significant competitive edge as the company expands affordable, high-speed SkyFi service throughout Africa. In the firm's search for the correct partner, InterSATT concluded that Hughes provides the most technologically advanced platform with unmatched depth of experience in working closely with customers and end-users.

Dharmendra Singh, Assistant VP, International Division, Hughes, noted tagreement with InterSAT is testament to the efficiency and performance of the company's JUPITER system, the most widely deployed VSAT platform in the world. Hughes looks forward to the start of this new partnership and to delivering the social and economic benefits of high-speed Internet access to customers of InterSAT and its reseller partners.