Inmarsat + Boeing... Having Designs On A Trio (Satellites) 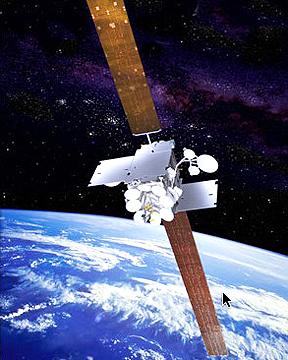 Artistic rendition of a Boeing 702HP satellite
[SatNews] With the PDR completed, the next step is the CDR...

Inmarsat and Boeing have successfully completed a key design and engineering milestone in preparation for the delivery of three state-of-the art satellites. The 702HP Ka-band satellites will make up the new Inmarsat-5 (I-5) constellation supporting the nexgen Global Xpress service. Operations for the service, which will target the VSAT market and offer customers broadband speeds of up to 50 megabits per second (Mbps), are expected to start in 2014.

Inmarsat's space segment vice-president Franco Carnevale said, "We conducted the Preliminary Design Review (PDR) of the satellites three months ahead of schedule. It was the first major review we have ever carried out with Boeing, and involved Inmarsat engineering staff from London, and Europe joining forces with the Inmarsat engineering team resident at Boeing and with the Boeing staff in California, USA. We are completely satisfied with the preliminary design of the Inmarsat -5 spacecraft, and we are very confident that the satellites will meet all of its performance requirements and be delivered on time."

"Boeing's unmatched commercial satellite heritage and Ka-band satellite communications experience allowed us to rapidly conduct a successful PDR that met Inmarsat's requirements," said Craig Cooning, vice president and general manager of Boeing Space and Intelligence Systems. "The satellite design is sound, and the PDR demonstrates progress toward developing these high-power Ka-band satellites to deliver streaming data and communications wherever and whenever needed." Successful completion of the PDR allows Boeing to proceed to the Critical Design Review (CDR), the final step before the company begins to assemble the satellite.