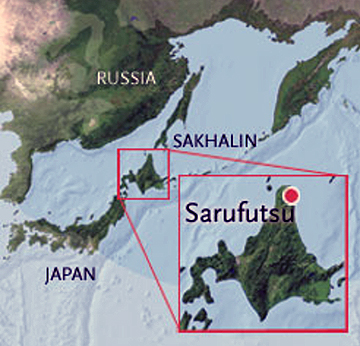 The government is worried the nation’s territorial waters could shrink if such islands become permanently submerged due to erosion by waves or other reasons, the officials said. An uninhabited island called Esambe Hanakita Kojima, located about 500 meters off the coast of Sarufutsu, in northern Hokkaido, may have already vanished, according to reports. The Japan Coast Guard will start a probe on the issue by next June.

The government earlier considered using commercial satellite images to monitor islands but has given up the idea because it will be costly and will unlikely allow access to massive data. Instead, the government is leaning toward using images captured by its information-gathering satellites and a land observing satellite operated by the Japan Aerospace Exploration Agency (JAXA). The satellite images are expected to provide input to a new Japan Coast Guard system that collects maritime information.

According to the Japanese Cabinet Office, there are approximately 480 remote islands around Japan’s borders, excluding the South Korean-controlled group of islets in the Sea of Japan called Takeshima in Japan, and the Russian-held islands off Hokkaido domestically known as the Northern Territories.