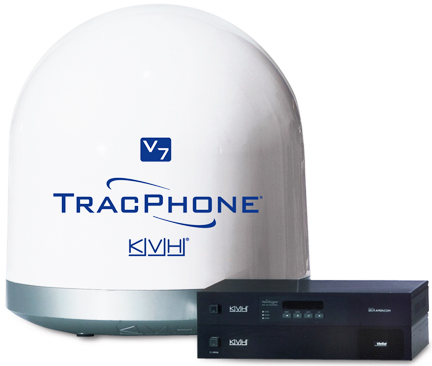 KVH TracPhone site...
KVH Industries, Inc., (Nasdaq: KVHI) announced its mini-VSAT Broadband(sm) satellite communications service has received operating authority that enables coverage of the Indian Ocean region. This is the latest step in the joint effort by KVH and ViaSat to offer seamless global broadband connectivity for vessels and aircraft, and the service in the Indian Ocean region is expected to be available in April 2010 via the JSCAT-85 satellite.

The network will bring broadband Internet and voice service to commercial and leisure boaters in and around the Indian Ocean, as well as provide network coverage to the ViaSat Yonder(r) in-flight broadband network for business and commercial aircraft.