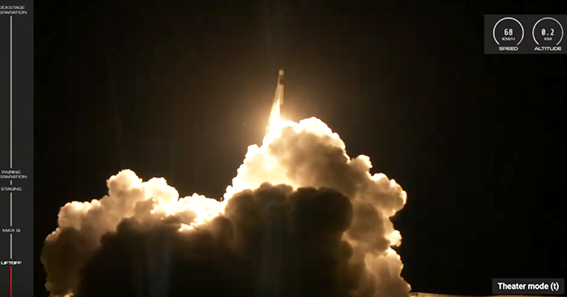 Rocket Lab's Lift-off of the Look Ma, No Hands mission occurred at 12:12 UTC on August 19, 2019, from the company's Launch Complex 1 on New Zealand's Mahia Peninsula.

Watch the video of the liftoff at this direct link... (launch sequence initiated at 22:04 time code)

A tweet from the company shortly after the launch said that all payloads have been deployed, bringing the total Electron launches to date to eight, with 39 satellites delivered to their planned orbits.

The mission is manifested with satellites destined to begin a new constellation for UNSEENLABS, as well as more rideshare payloads for Spaceflight, consisting of a spacecraft for BlackSky and the United States Air Force Space Command. 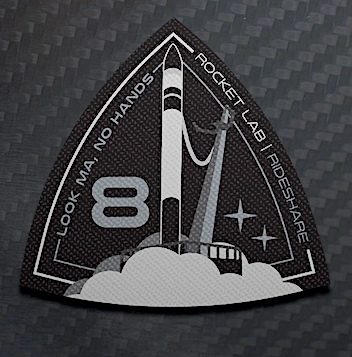 The mission is manifested with a cubesat that will form the cornerstone of a new maritime surveillance constellation for French company UNSEENLABS. The constellation aims to deliver precise, reliable, and secure maritime data, enabling organizations to monitor their own vessels and observe those that present risks, such as pirates and illegal vessels.

Mission management and rideshare aggregator, Spaceflight, also manifested three satellites on its second rideshare mission with Rocket Lab. Among the rideshare payloads is BlackSky’s Global-4 Earth-imaging satellite. The satellite will join BlackSky Global-3, which was launched to LEO on an Electron vehicle in June 2019. BlackSky’s constellation delivers rapid-revisit satellite imagery to assist with monitoring economic activity such as crop development and herd migration, or surveying damage following natural disasters.

The program goal is to design, develop, launch and operate two 6U cubesat experimental spacecraft as an on-orbit testbed for emerging technologies in 2019.

The demonstration will test new technologies including propulsion, power, communications, and drag capabilities for potential applications on future spacecraft. The spacecraft will be in Low Earth Orbit (LEO) with a notional altitude of ~540 km and an inclination of ~45 degrees.