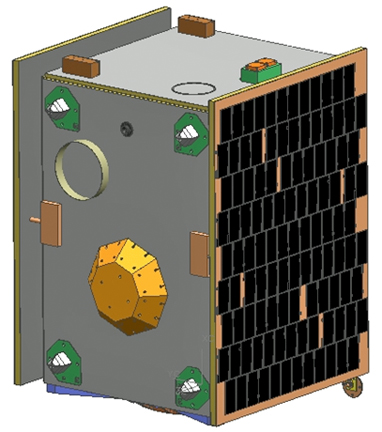 All these events were achieved while the satellite survived several solar storms, hazardous radiation and more than 30 near-collisions with space debris. The X-SAT satellite marked three years in space as of this Sunday. The 105kg micro-satellite, developed by Nanyang Technological University (NTU) and DSO National Laboratories, was launched into space on April 20, 2011, on a three-year mission. Director of NTU's Satellite Research Centre, Associate Professor Low Kay Soon, said the fully functioning X-SAT is a technological achievement, which attests to the quality of NTU's engineering expertise.

"X-SAT's report card is impressive. As Singapore's first locally-built satellite, it has been performing admirably, exceeding our expectations over the past three years, which was its designed mission lifespan." Prof. Low said.

NTU is also the first university in Singapore to have a satellite program for undergraduates. In addition to X-SAT, NTU also has another satellite orbiting the Earth which was launched on November 21st of last year. Named the VELOX-PII, it is designed, built and tested by undergraduate students. This year, the university is set to launch another two student-built satellites, a 4.5kg nano-satellite named VELOX-I and a picosat which will "piggyback" on the former and will separate from it after launch. NTU has also embarked on building a weather satellite named the VELOX-CI and a core team from the X-SAT program is working on Singapore's first commercial remote sensing satellite, TeLEOS-1. Both TeLEOS-1 and VELOX-CI are slated for launch by late 2015.