An independent analysis is just that ... an impartial, independent report about the subject matter at hand, and to receive a very positive evaluation is a 'high-five moment'. And so it is for ThinKom Solutions, Inc. who confirmed that a just-completed aerodynamic analytic study revealed extremely low drag values for its Ka-band satellite antenna on regional jets. 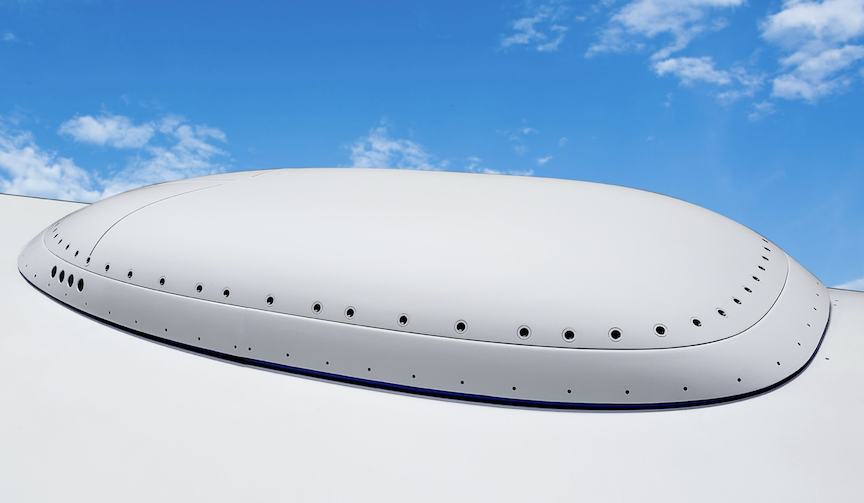 The study used the Star-CCM+ Navier-Stokes CFD Program which allows all of the flow physics to be modeled. The regional jets evaluated in the study included Boeing 717, Embraer (ERJ-145 and ERJ-175) and Bombardier (CRJ-200, CRJ-550 and CRJ-700).

David Lednicer, vice president of engineering at Aeromechanical Solutions, Inc., offered that the design of the Ka2517 has been driven by lessons learned in the design of several generations of satcom radomes. With each generation the radome shapes have been refined for lower drag, reduced aerodynamic impact on the host aircraft and improved birdstrike resistance. The smaller, lower profile antennas of the Ka2517 have enabled achievement of a new high-water mark in radome design.

Bill Milroy, chief technical officer of ThinKom Solutions added that this independent analysis by a recognized industry expert confirms the feasibility for airline carriers to outfit their regional jet fleets with broadband in-flight connectivity (IFC). It’s imperative that aerodynamic drag and weight be minimized to make satellite IFC economically viable on these aircraft.

Milroy continued that adding IFC to regional fleets will enable airlines to enhance customer loyalty by offering a common IFC experience across their entire wide body, narrow body and regional fleets. Other capabilities such as uninterrupted gate-to-gate service on the tarmac and the move toward free Wi-Fi will only accelerate the deployment of IFC services throughout the airlines’ entire fleet.