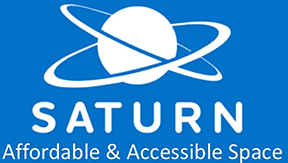 Built entirely in the USA with heritage-based payload and bus components, Nationsat features a full-digital payload and 2.5 kW bus design that enables complete frequency agility and bandwidth channelization for users that demand wide-beam C- and Ku-band capacity as well as an HTS version that provides more than 80 Gbps. 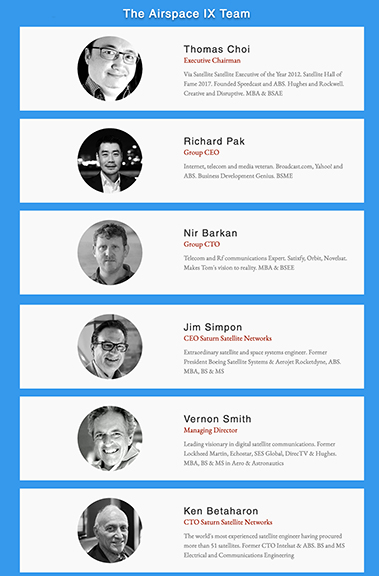 Saturn is led by one of the most senior and experienced team of satellite engineers — the top three members of the executive team have more than 100 years of experience and have manufactured over 60 GEO satellites at Boeing, Hughes, Lockheed Martin and Intelsat.

The Nationsat satellites are designed to be low cost and highly flexible, enabling users to save over 70 to 80 percent of current market pricing for bent pipe GEO satellites — the company's HTS models will cost less than $1 million per Gbps delivered on-orbit.

Tom Choi, the Executive Chairman of AirspaceIX and Saturn, said the company is extremely proud to announce Saturn’s Nationsat project. The firm has been quietly working on this since the end of 2017,  to deliver the most advanced, flexible and cost optimized, GEO satellite platform in the world.  Over 95 percent of satellite capacity users in the world use their satellites for domestic applications and, for the first time ever, the firm has a satellite that has been designed and optimized for these end-users and nations. The company hopes to serve as a vital cog in the global effort to bring affordable, satellite connectivity to the emerging markets of the world and to over 150 nations that have not been able to afford satellites in the past. This will change with the introduction to the market of Nationsat, by Saturn.

Vern Smith, the Managing Director of Saturn, added that the company is making history with the most affordable and innovative GEO satellite solutions. The firm has already executed an early development contract with our first customer, valued more than $10 million and recently passed a rigorous Preliminary Design Review (PDR) on the firm's path to delivering the Nationsat systems in 2020.

Jim Simpson, the CEO of Saturn states that it has been very rewarding and an honor, teaming up with Tom and leading this incredibly talented and innovative Saturn team as its Chief Executive Officer.  This unique satellite system and service enables nations that previously could not afford their own satellite systems the ability to take advantage of the economics of ownership at a fraction of the cost of a traditional satellite system. The company's ability to use a very small satellite platform, that efficiently uses power, and takes advantage of the theory of the microcosm, with digital payloads, provides a revolutionary approach to delivering on-orbit reconfigurable broadband capacity.