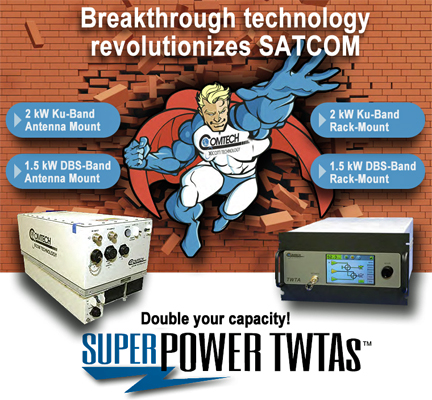 "We believe this order is the first of many we expect to receive," said Dr. Stanton Sloane, President and Chief Executive Officer of Comtech Telecommunications Corp.

Xicom representatives will be available for SATCOM providers and developers to discuss and obtain technical information on these and many additional amplifier products at the Comtech Xicom Technology, Stand #1T2-07, during the CommunicAsia2015 Conference and Exhibition, which runs from June 2nd through the 5th at the Marina Bay Sands in Singapore.