Dynetics Inc. will break ground Tuesday on a new aerospace testing and manufacturing complex at the United Launch Alliance site in Morgan County. 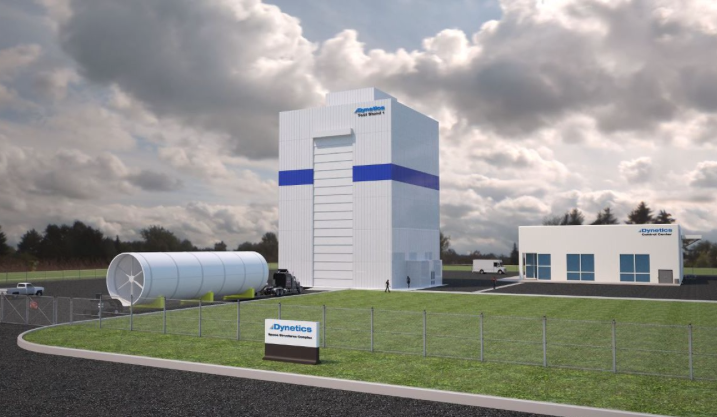 “Developing and testing these large structures are significant for Dynetics and the future of space exploration. This facility will add another capability to Alabama’s aerospace industry,” said Dynetics CEO David King in a statement.

Huntsville-based Dynetics will use the new facility to build components for NASA’s new Space Launch System as well as perform structural testing on rocket components for the Department of Defense and NASA commercial customers.

It will include a 100-foot-tall test stand that will be used to test launch vehicles and large aerospace structures.

Dynetics decided to proceed with the aerospace complex after securing a $221 million contract to design, manufacture, test and assemble the universal stage adapter that will join the Orion space capsule to its exploration upper stage slated to fly in the 2020s.

Both projects garnered non-educational tax abatements approved by the Decatur Industrial Development Board.

The board abated $195,341 in state and county property taxes over a 10-year period and an estimated $261,000 in state and city sales taxes during the construction period for the testing facility.

It abated $255,000 in non-educational state and local property taxes and $139,050 in city of Decatur and state sales taxes during the construction of the hardware integration facility.

Combined, the projects are expected to generate $522,950 in property taxes for local schools during the abatement periods and $185,000 in sales and use taxes during the construction phase.

A groundbreaking ceremony is set for 10 a.m. Tuesday at 60 Booster Boulevard, Decatur.

In other new business, the moving company Two Men and a Truck will open a Decatur location Friday. The new location is an extension of a franchise in Huntsville that has been in operation for 20 years.

General Manager Tasha Jones said the operation at 1512 Sixth Ave. S.E. will start with three trucks, roughly 10 movers, and three office workers. It will have capacity for up to 10 trucks as the business grows.

Jones said they selected the location based on revenue projections for the area.

“We just kind of looked at the revenue by zip code. We move so many people in and out of the city there,” she said.

Noting the addition of a new shopping center, new homes and announced industrial expansions, she said they expect the business to grow in the coming years.

“It's just the perfect time to come to the area,” she said.