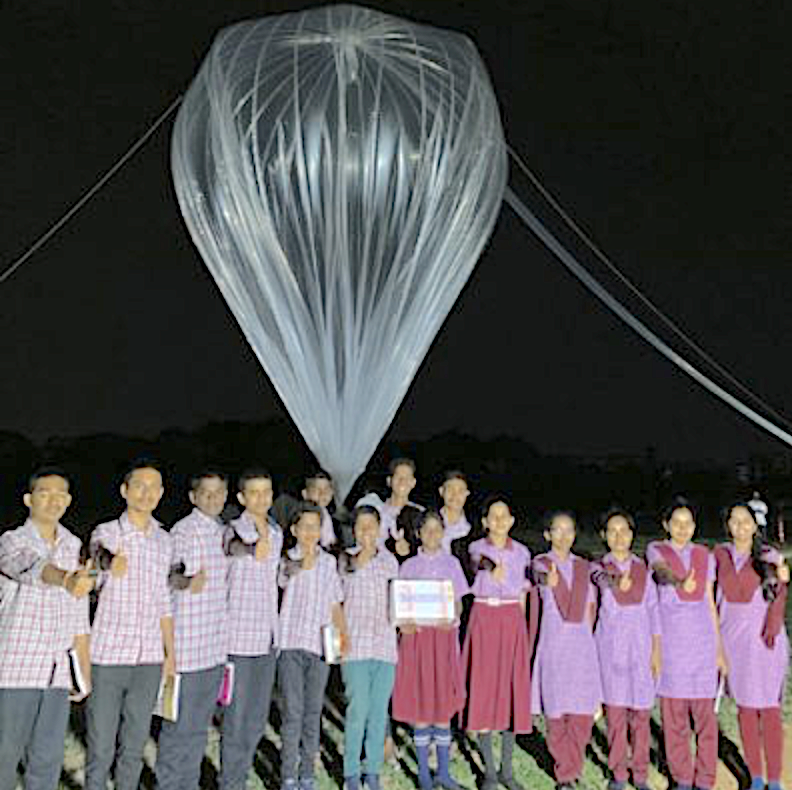 Declaring once again that very little was beyond them, 15 students of the Telangana Social Welfare Residential Schools launched the SWAEROSAT-1 in the early hours of Friday.

The tiny payload was sent into the stratosphere with the help of a massive balloon from the premises of the Tata Institute of Fundamental Research (TIFR), Hyderabad, around 2.40 am. The balloon reached an altitude of 26 km and recorded data throughout the flight which lasted about four hours.

The main objective of the mission was to study harmful radiations and also to measure the concentration of ozone at various altitudes and compare it to global standards.

The entire flight was tracked live with GPS from a control centre at TIFR and the payload was recovered at Gulbarga, Karnataka.

The 15-member team was mentored and trained by captain Anil Kumar and Sujay Sreedhar of Swaero-Sapiens Automation Solutions, Hyderabad. After the training, the students designed and developed the SWAEROSAT-1 and it was launched as a symbol of aspiration of millions of marginalized communities in the country. The joy of the students knew no bounds as their dream project of launching a near-space micro probe successfully into stratosphere became a reality. 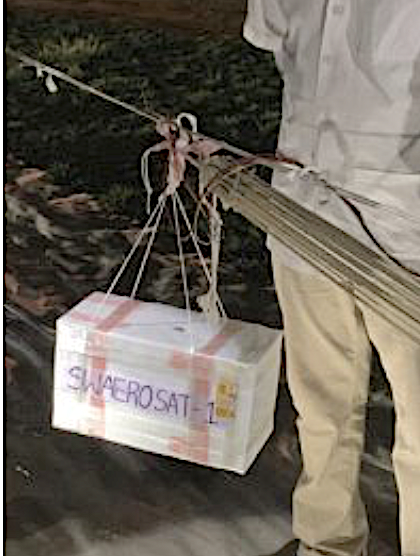 “I never imagined in my dreams that I will get an opportunity to design a near-space micro probe at a young age. I feel that this is once in a lifetime opportunity and I am fortunate to be a part of the social welfare educational institutions,” said an elated team member Prasanna Lakshmi, a class IX student at Telangana Social Welfare Residential School-Isnapur.

Another team member J Divya from Gowlidoddi College, who wants to become a space scientist, said she was thrilled to witness payload taking off majestically without any glitches.

Minister for Welfare Koppula Eshwar congratulated students for their ‘remarkable scientific endeavour’ and for making the State proud. Telangana Social Welfare Residential Educational Institutions Society Secretary Dr. RS Praveen Kumar, who was present at the launch, said it was a rare feat in the history of TSWREIS.

“Perhaps for the first time in India, students of social welfare schools of Telangana launched their tiny payload into the stratosphere,” he tweeted later.